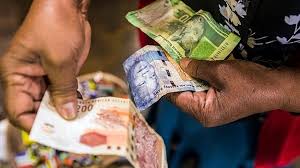 Share
Two police officials from the Soweto Flying Squad were arrested on Monday for corruption and extortion, Gauteng police have said.It is alleged that the cops were driving a marked police vehicle when they pounced on a motorist who was allegedly driving on Klip Valley Road in Kliptown on Sunday.

After stopping the motorist, the officials informed him that the vehicle he was travelling in was stolen and demanded to impound it unless the motorist paid an amount of R10 000, spokesperson Captain Mavela Masondo said.

“The victim arranged R5000, of which the remaining amount would be arranged at a later stage,” Masondo said.

However, the following day, the officer then called the victim again requesting he pays the balance. The victim then reported the incident to the SAPS Provincial Anti-Corruption Unit. The unit obtained information from the victim and organised the outstanding amount to be handed over the cops.

“The duo was arrested during the hand-over and have subsequently been detained for corruption and extortion,” said Masondo.

They are expected to appear in Protea Magistrate’s Court soon.

Members of the public have been advised that police would never ask for a payment in return for an impounded or a stolen vehicle as this is against the law.

Previous 14-year-old stabs fellow pupil to death over cellphone
Next ‘University Council has power to convert halls, not gov’t’ – NAPO