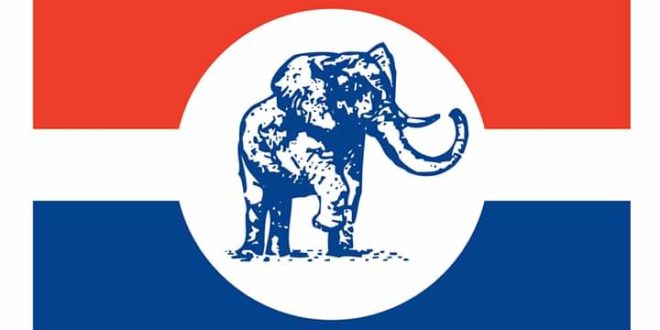 Kpone Katamanso constituency is located at the Eastern part of the Greater Accra Region in Ghana. It stretches from the coast to the southern lower slopes of the Akuapim Mountains.

The era of Joseph Nii Laryea Afotey Agbo is finally coming to an end since he did not picked up nomination form to contest in the parliamentary primaries of the NDC. Currently the NDC have a parliamentary candidate in the person of Joseph Akuartey Tettey.

Who then takes up the mantle from him?

NDC
The NDC have settled on Joseph Akuartey Tettey

The primaries of the rulling government’s party promises to be interesting.

The reality and the dynamics on the ground

After critical scrutiny of facts made available to the team by contacting about 72% (500) of the delegates in the constituency shows the following:

2. Any of these three candidates can win the the election on 28th September 2019.

3. The remaining two candidates, that’s, David Q. Annang and Mark Fuachie Sobreh have no chance of winning the contest taking into consideration any last minute political strategy and mafiasm.

What will be the impact should any of the three leading aspirants withdraw from the race?

2. Should Hopeson Yaw Adorye withdraw from the contest, William Asante will be the likely winner. Here, assured delegates of Hopeson Yaw Adorye clearly stated that the charisma the see in their first choice ( Hopeson) can partially be found in William. They talked about stature, which they argued that matters a lot in their constituency. They linked the presidency connection of his brother ( David Asante) to William. And argued that their first choice (Hopeson) is well connected to the presidency so if William’s brother ( David Asante) M.D. Ghana publishing equally has that connection with the presidency, then William Asante will be their second choice based on their decision of votting for someone with a presidential link.

3. Should Prince Dadzie withdraw from the contest, again, William Asante will be the likely winner of the contest. The delegates likely to vote for Prince argued that their choice for him is based on humility, quick response to their calls, his message and respect for them. They clearly said , these qualities found in Prince are oppositely in Adorye hence William Asante as their second choice.

What then happens should all the three leading aspirants stay in the contest.?

Facts available to the team shows that a winner can only distinguish himself based on the last minute political strategy and mafiasm.