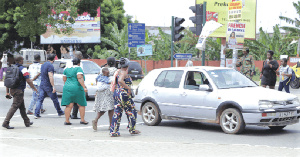 All over the world, if there are any portions on stretches of roads that are safe for pedestrians to cross those roads, they are the zebra crossings.

However, in Ghana, those crossings have become precarious havens, giving no assurance to road users who want to get to the other side of roads safely and legally.

Worldwide, pedestrian crossings or crosswalks, simply referred to as zebra crossings in Ghana, are places designated for pedestrians to cross roads, streets or avenues.

Although the alternating black and white stripes on the road surface resembling the coat of a zebra are expected to give priority to pedestrians, in Ghana drivers and other motorists blatantly ignore the rights of pedestrians once they step out onto the black and white lines on the road, a situation that often ends in accidents.

According to the NRSC, the road traffic regulation was very clear on the rights of pedestrians and their safety at zebra crossings, yet drivers choose to ignore them and put the lives of pedestrians at risk when they (drivers) approach the crossings, often speeding instead of slowing down and stopping.

Visits by the Daily Graphic to some zebra crossings showed that drivers were notorious for refusing to allow pedestrians to cross roads at many of the crossings.

At places such as the Graphic Road, the 37 Lorry Park, the Accra Sports Stadium, Abossey Okai, the Ridge Roundabout and the Accra Mall, for instance, the Daily Graphic team observed that pedestrians could spend close to five minutes waiting to cross the roads at zebra crossings when traffic lights were off.

Other crossings that were dangerous for pedestrians were at the ECG office near the Tema Station, the Madina Zongo Junction, Lapaz, the Ghana Broadcasting Corporation (GBC), the front of the ADB branch at Achimota and others on the Kanda Highway and Kaneshie.

The team also observed some pedestrians in near-knockdown experiences at zebra crossings on the La-Nungua Beach Road where zebra crossings are either unavailable or have faded.

Such is the disregard for pedestrians that motor riders have the notion that zebra crossing regulations are meant for other vehicles, for which reason they ignore the signs, threatening the safety of pedestrians.

“Drivers don’t care about the safety of pedestrians at zebra crossings. Sometimes it looks as though some of them get irritated by our presence at the crossing. To show this irritation, they speed as much as they can to prevent pedestrians from crossing.

“Others even toot their horns so strongly that they scare and sometimes confuse pedestrians,” a resident of Ofankor, Daniel Sakyi, told the Daily Graphic.

Another person, Ms Genevieve Torku, said she lost her young brother on a zebra crossing when a speeding vehicle knocked him at Achimota.

“All the vehicles stopped, except one driver who was speeding. My brother had crossed one lane, only to be knocked down in the next. He died at the hospital the next day,” she said, with a clenched fist.

The Head of Communications of the NRSC, Mr Kwame Koduah Atuahene, said drivers’ refusal to respect the rights of pedestrians at zebra crossings was not as a result of ignorance of the law but simply an issue of indiscipline, explaining that at least eight out of 10 drivers often interviewed knew what to do but gave excuses for not doing so.

He indicated that the only reason the regulation was being flouted with impunity was that the police had not been bold enough to enforce the law to the fullest.

“Drivers have so much information, but because they are used to acting with impunity, without any punishment, they don’t do the right thing,” he said.

Most drivers the team spoke to said they were aware of zebra crossings and what they were intended for, but admitted that they hardly respected the rule, citing varied reasons.

Out of the 10 drivers interviewed, only three said they observed the rule strictly.

Yaw Ofori, a driver who plies the Awoshie-Accra route, using the Graphic Road, said: “Where most of the crossings are poses a problem. For instance, right on the Graphic Road, there is a crossing so close to the traffic light and, instinctively, when the lights are green, you drive on with some speed and then, suddenly, you reach the crossing. Stopping will most likely create some danger, as you are likely to be hit by the vehicle behind you.”

Felicia Adjorkor Ashong admitted that she hardly stopped at the crossings “because there is no visible sign to warn that there is such a crossing ahead, as is usually done with speed humps. Besides, it’s difficult to make out the faded markings”.

A driver on the Accra-Madina route, Musah Abdulai, also said he hardly stopped for pedestrians to cross at the crossings until his own nephew was hit by another car at a crossing.

“I hardly gave any consideration until my sister’s son was hit by a vehicle which had come from behind another that had stopped for him to cross. Now when I’m approaching a zebra crossing, I slow down and even try to alert other drivers to the sign for them to stop too,” Mr Abdulai said.

In spite of the importance of zebra crossings, most of the marked lines are so faded that it is difficult for both pedestrians and motorists to identify them.

The situation is not different on the Vineyard-Awoshie-Ablekuma road, where speeding drivers ignore pedestrians standing at the faded road markings.

It is the same story on the Atta Mills High Street through to James Town and Korle Gonno.

On the Nkrumah Circle-Ofankor road, there are many crossings, including those at the Police Training Academy and the Achimota Old Station, that are faded.

From Mile 7 to the Ofankor barrier, the inner sections of the road have clear line markings, but those of the outer lanes have faded.

However, the Giffard Road (from 37 Roundabout to La T Junction) has visible road markings, but the same cannot be said of the Osu-Teshie Road, which has portions (the La area) riddled with potholes, faded road signs and non-existent crossings. 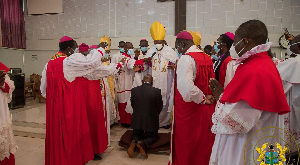 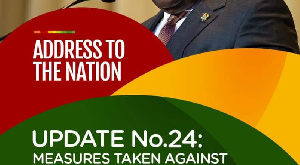 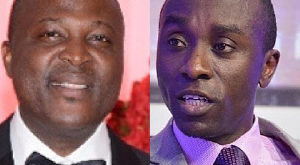 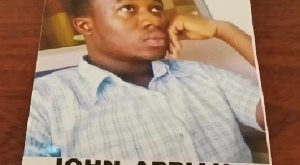