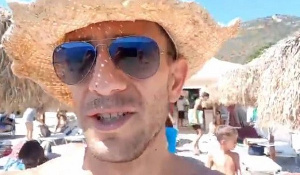 Adam Catzavelos, the South African man who filmed himself while on holiday on a beach in Greece, saying it was “heaven on earth” as there were no black people present, has reached a settlement with the human rights commission.

In the video, widely shared on social media, he used a derogatory term used by white people to denigrate black South Africans.

This sparked a national outrage and prompted the third largest political party the Economic Freedom Fighters (EFF) to open a case of crimen injuria against him.

As part of the agreement announced in the Equality Court on Thursday, Mr Catzavelos will pay R150 000 ($9,803; £8,027) over a period of 30 months, including 160 hours of community service and he once again apologised for his comments.

In a statement he read out in court Mr Catzavalos said “I am truly disgusted, horrified and ashamed of my behaviour.”

“We feel that this agreement fulfils restorative justice and will serve as a deterrent …. People must know that it is expensive to be a racist,” he said.

Mr Catzavelos is expected to visit Soweto, the country’s largest black township, where he will begin his community service next week.

The system of racial oppression known as apartheid ended in 1994 but to this day South Africa still battles with many issues of racism.

Adam Catzavelos apologises on Wednesday at Equality Court in Randburg for his racial slurs he made last year while on holiday in Greece.#AdamCatzavelos 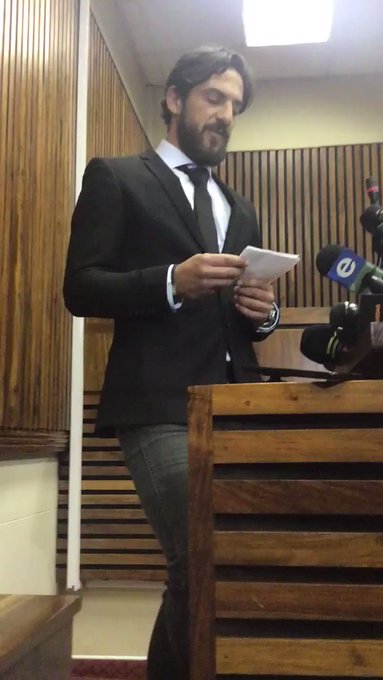