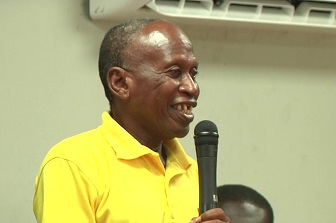 Most of Ghana’s current football administrators deserve to be jailed for the way they are managing affairs of football in the country, former Black Stars player, Rev Osei Kofi has said.

According to the African Cup of Nations winner, football management in the country has taken a downward turn and has affected the performance of the Black Stars and other national teams.

“If it was in the 1960s and 70s when football administration was taken seriously, many people would have been jailed for the way they handle football in the country.”

He said this at the launch of the B.K Edusei Foundation in honour of the late former player and administrator of Kumasi Asante Kotoko in Accra on Wednesday.

According to the football icon, the abysmal performance of the Black Stars at the recently held AFCON in Egypt could also be linked to management and people at the helm of affairs could go behind bars if it was in the past.

He praised the family of the late B.K Edusei for setting up a foundation in honour of the club legend who was an example of one the people who took football management seriously.

“I moved from Hearts of Oak to Kotoko because of B.K Edusei who had great interest in player management and development,” he stated.

He added that, most of the players in Kotoko during the 1970s including Ibrahim Sunday, Malik Jabir and all, benefitted from the great managerial acumen of B.K who made the players’ interest and that of the country a priority.

“The country must take football management seriously as done in the past in order for the national teams especially the Black Stars to win trophies,” he added.