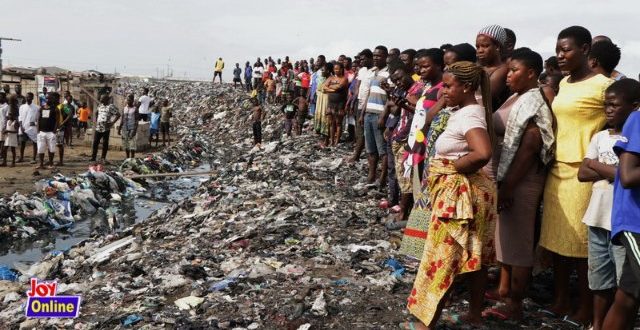 Hundreds of residents living at Glefe, a  slum in Ablekuma West Municipality of the Greater Accra Region on Wednesday were rendered homeless as a result of a demolishing exercise.

The demotlition was undertaken by the municipality to pave way for the construction of a community centre. The exercise was supervised by a combined security personnel from the Ghana Police Service  and Ghana Armed Forces.

The location is a refuse dumpsite which has been earmarked for reclamation to be used for viable economic activities  But it has been encroached by some residents in the community.

Some of the affected residents including children were compelled to seek refuge at an uncompleted church building .

Founder of Aban Denden Prayer Camp  Rev. Mrs  Rose Mensah said the affected residents can live in the church for now since they do not have any place to  go.

She said though there was an  announcement about the demolition exercise, some houses were initially not part of the exercise .

Some residents who said their houses were not marked had to struggle to salvage few of their belongs as there was no time for the excavator operator to stop for them to pack their belongings.

In an interview with myjoyonline.com, the MCE of Ablekuma West Municipal Assembly George Cyril Bray said the residents have been informed long time ago.

He said the assembly held a couple of meetings in the community to sensitize them about exercise.  According to him, the project which is expected  be completed in 4 months will start soon after reclamation.

Previous I knew my husband was a ‘fool’ before marrying him – Oteele’s wife
Next HOT VIDEO: Fetteh women warns potbelly men not to attend 2019 Atopa Festival 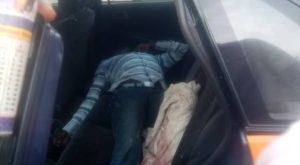