Home / We trust China with our eyes open – Botchway

We trust China with our eyes open – Botchway

Foreign Affairs Minister Shirley Ayorkor Botchway has justified President Nana Akufo-Addo’s stance on the need to increase cooperation with the Chinese government for the sake of Ghana’s development.The president, who took his turn to address the 73rd General Assembly of the United Nations in New York on Wednesday, 26 September 2018 indicated that previous international partnerships with other world powers failed to yield the desired development hence the need to chart a new path by trading with the Asian country to improve infrastructure and create more job opportunities.Although some argue that the latest development may be a rebirth of colonialism, Ms Botchway disagrees.She told Class91.3FM’s Moro Awudu on the sidelines of the UN General Assembly in New York that government is guided by history and has its eyes widely open.“This is something that has engaged us a lot in Ghana as a government that at the end of 20 years of this relationship with China, how do we want to see ourselves, what do we want to get out of it? For us, that is key and it’s something that between my ministry and the Ministry of Finance, we’ve produced a number of papers on that subject so that we are guided by our own concept of engagement rather than them shoving things down our throats and they are very happy to work with us on that.“They obviously have a strategy, we also have a strategy, so, we make sure that we are not blindfolded into things that will eventually lead us into a ditch so to speak, so our eyes are very wide opened and very soon, our country strategy will be made known,” she stated.Ms Botchway called on all Ghanaians to develop some level of trust for the Chinese government.“I believe [Ghana can trust China] because, yes, they come as friends but of course even when you’re dealing with friends, you do have your own motives and that is why we must also have our own, so that we know that at the end of 20 years of friendship with China, this is what we want for ourselves without having given too much away”.Source: Ghana/ClassFMonline.com 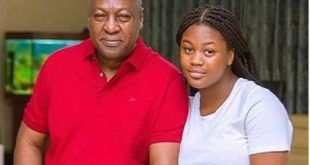