Some customers of the First Allied Savings and Loans Company Limited in the Ashanti Region stormed the Manhyia Palace on Tuesday to petition the Asantehene, Otumfuo Osei Tutu II. 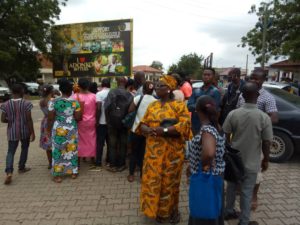 The angry customers say they are at the palace to get in the Asante King to intervene in what they describe as management’s failure to allow them to make withdrawals. 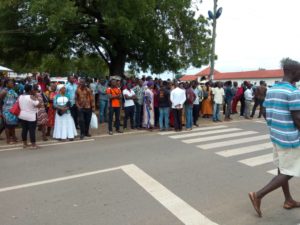 There is heavy security at the palace as the over 100 customers have flooded the palace.

They have given management of the bank a week ultimatum to come clean on its failure to allow withdrawals or face their wrath. 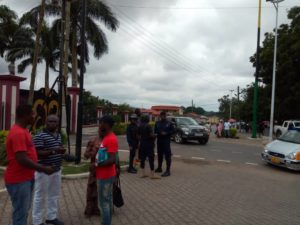 The customers are also calling for the intervention of the President and the Bank of Ghana to investigate the financial institution over its inability to pay its customers for several months. 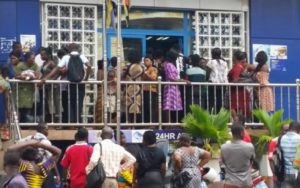 According to them, the situation is negatively affecting their livelihoods, hence the need for the Bank of Ghana’s intervention. 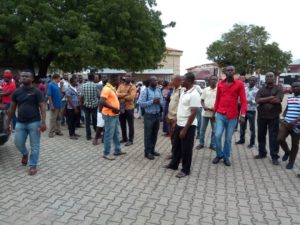 Some other customers have threatened legal action against the institution. 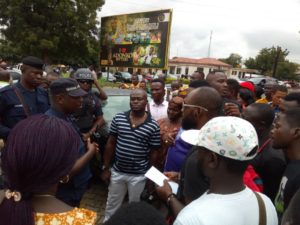 Akwasi Acheampong, a customer, and the convener for the group appealed to the President to heed their plight.

“We know Nana Addo is a reasonable person who will understand everything that we are saying, and we know he won’t sit down for things like this to happen; for people to take our money.

But in case they don’t hear anything reasonable from the President, Mr. Acheampong said the group “will take the law into our hands and do whatever we have to do to the CEO and the establishment of First Allied. Demonstrations and whatever somebody can do to harass somebody, we are going to do it.”

He lamented that the situation “has affected our business and children. Some children are still at home because they haven’t gotten money to send their children to school.”

The struggles of customers of First Allied Savings and Loans have been well documented over the past few months with some of them left stranded at other branches.

In July, a visit to the Adabraka branch revealed that customers were given less than ten percent of amounts they wanted to withdraw.

More recently, customers of First Allied Savings and Loans in the Upper East Region called Bank of Ghana (BoG) to investigate the management of the Bank over its inability to pay its customers for the past three months.

The customers also besieged the Bolgatanga branch of the company demanding their unpaid investments.

Previous Forces of darkness worked against me – Omane Boamah
Next Audio: Collins Dauda charged with Abetment of assault

The mother of James Nana Womba, prime suspect in the murder of Professor Emmanuel Yaw …