For the first time, there is a new name on The Best FIFA Men’s Player trophy, with Luka Modric succeeding the winner of the inaugural two awards – Cristiano Ronaldo – after a superlative 2017/18 that saw the Croatian midfield maestro reach new heights.

It has taken something outstanding to break the duopoly of Ronaldo and Lionel Messi at the pinnacle of the men’s game, and Modric’s season has undoubtedly warranted the landmark. Awarded the adidas Golden Ball at the FIFA Club World Cup before playing an integral role in Real Madrid’s third consecutive UEFA Champions League trophy, the Croatian was the metronomic lynchpin at the heart of Los Blancos midfield throughout the 2017/18 campaign.

He also starred on the international stage, playing a key role in helping his country to the 2018 FIFA World Cup Russia™ and then producing superlative performances at the finals themselves. Modric’s tireless running, key goals and outstanding leadership qualities helped guide Vatreni to the Final against France, his nation’s finest performance at the global finals. 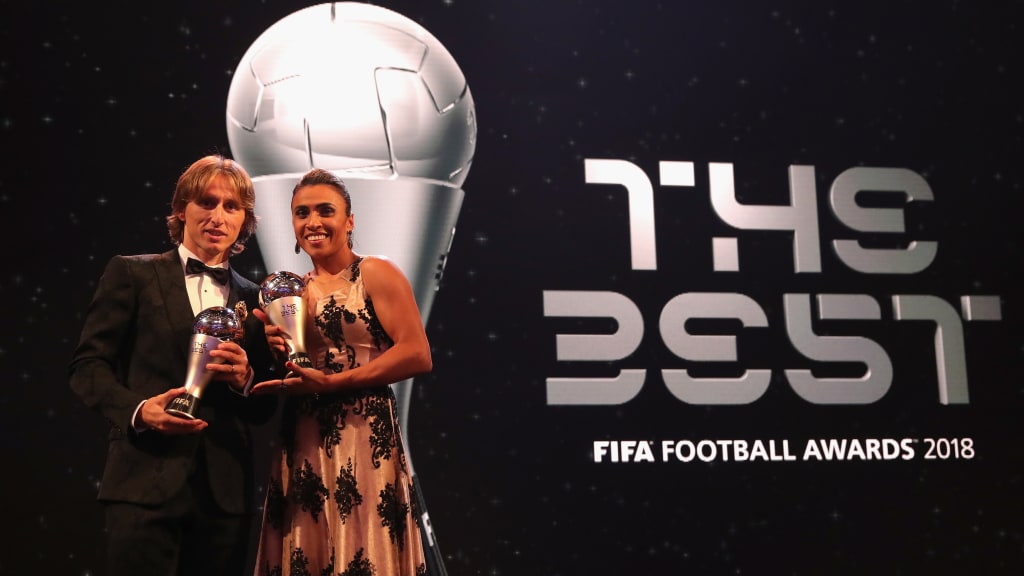 Actress and TV Presenter, Nana Ama McBrown has got many amazed by her crazy soccer …