A wife to a named Member of Parliament was on Monday afternoon caught making love in the bush in some parts of southern Province. 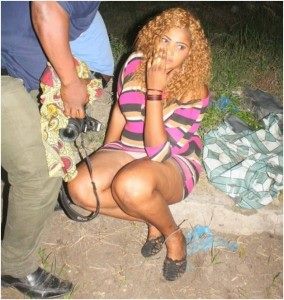 According to eye witness who witnessed the beating of the wife to a named Member of Parliament, says the woman was making love with a man who is younger than her with 8 years.

Zambian Watch has been informed that the woman had not been seeing her husband for the past 1 week and decided to love with a 22 year old boy in the bush.

The photo below belong to the wife of a serving Member of Parliament in from Southern Province.

Black Stars midfielder, Thomas Teye Partey was initiated into the Arsenal set up during the team’s dinner on …