President Nana Addo Dankwa Akufo-Addo, has urged the new Vice Chancellor of the University of Education, Winneba (UEW), Very Reverend Father Professor Anthony Afful-Broni, to “use his full gifts” to promote the spirit of reconciliation in the University during his tenure of office.

According to President Akufo-Addo, “it represents the surest route to success in the daunting task ahead.”

Speaking at the investiture ceremony of the Very Reverend Father Professor Anthony Afful-Broni, as the 4th Vice Chancellor of the University, on Monday, 17th September, 2018, the President stated that the ceremony is taking place on the heels of recent happenings in the University which disturbed all. 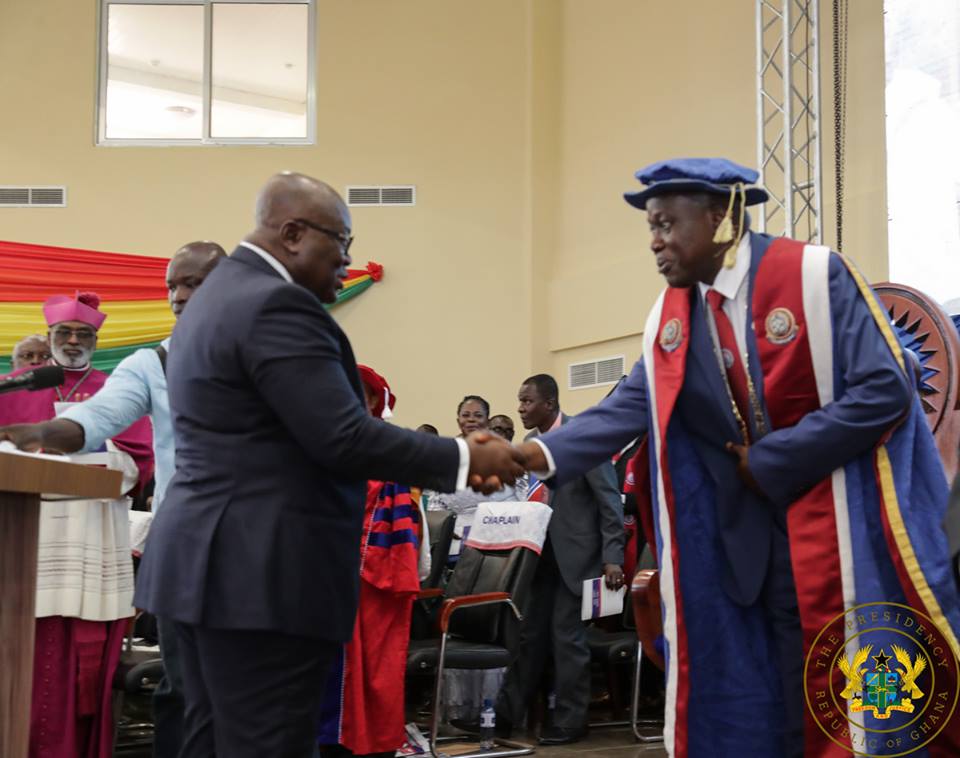 “It is worth noting however that the stakeholders have acted within the confines of the law to ensure that this University has a substantive leadership in place to help it achieve the goals for which it was established. To all whose diverse efforts helped in restoring normalcy to UEW, you have the appreciation of a grateful nation,” he added.

With UEW Central performing an important role in the social and economic transformation of Ghana, the President indicated that his Government has demonstrated its commitment to the growth of the University, “and we will help ensure that UEW fulfils its mandate. Our goal is to help restore the teaching profession to the status it once enjoyed, and make it an attractive career choice.”

In the new Vice Chancellor, President Akufo-Addo was confident that the UEW has a person capable of not only steering the affairs of the University for the next four years, but also spurring it onto even greater heights. 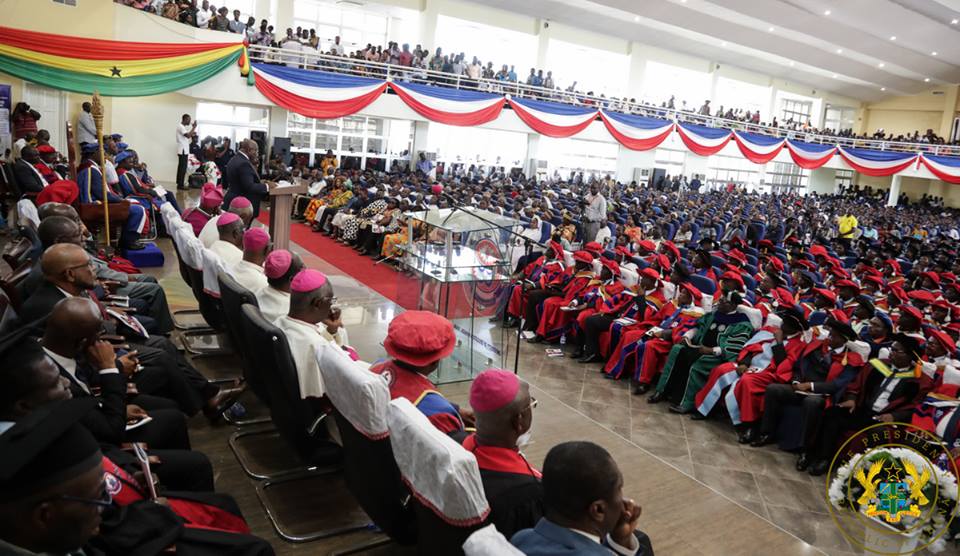 “His induction into office today is a mark of the trust that the Governing Council and Faculty of the University have reposed in him, and I am confident that this trust will not be broken. His wealth of experience, with decades of service to Church and classroom, makes him an appropriate person for this all-important assignment,” he added.

The President reminded the new Vice Chancellor of one of the most important, immediate challenges, which will blconfront the University and others, i.e. the dramatically increased population of students, who will be seeking admission in some two years, as a result of the Free Senior High School policy.

Despite the stance by some who continue to state that all the infrastructural needs of senior high schools should have been addressed before the roll-out of Free SHS, the President strongly disagreed. 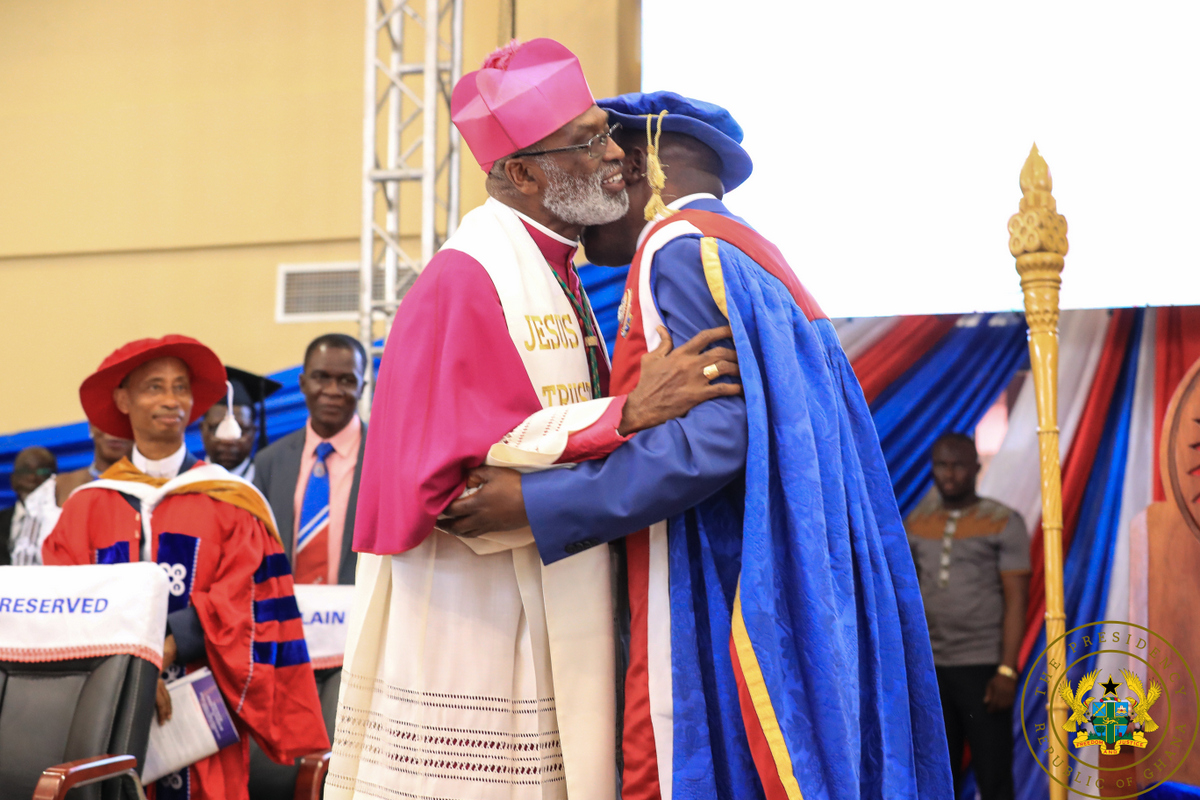 “I take comfort in the words of Holy Scripture, in Ecclesiastes chapter 11, verse 4, which says: “If you wait until the wind and the weather are just right, you will never sow anything and never harvest anything”,” he said.

The President continued, “We have taken the first, bold step, because we cannot continue to watch as tens and tens of thousands of qualified Ghanaian children drop out of school, because they cannot afford fees. Free SHS is here to stay, and will be a permanent feature of our educational architecture.”

Touching briefly on the policy of Teacher Licensing, President Akufo-Addo stressed that this policy is not intended to put any impediments in the way of teachers from the Colleges of Education and other tertiary institutions. 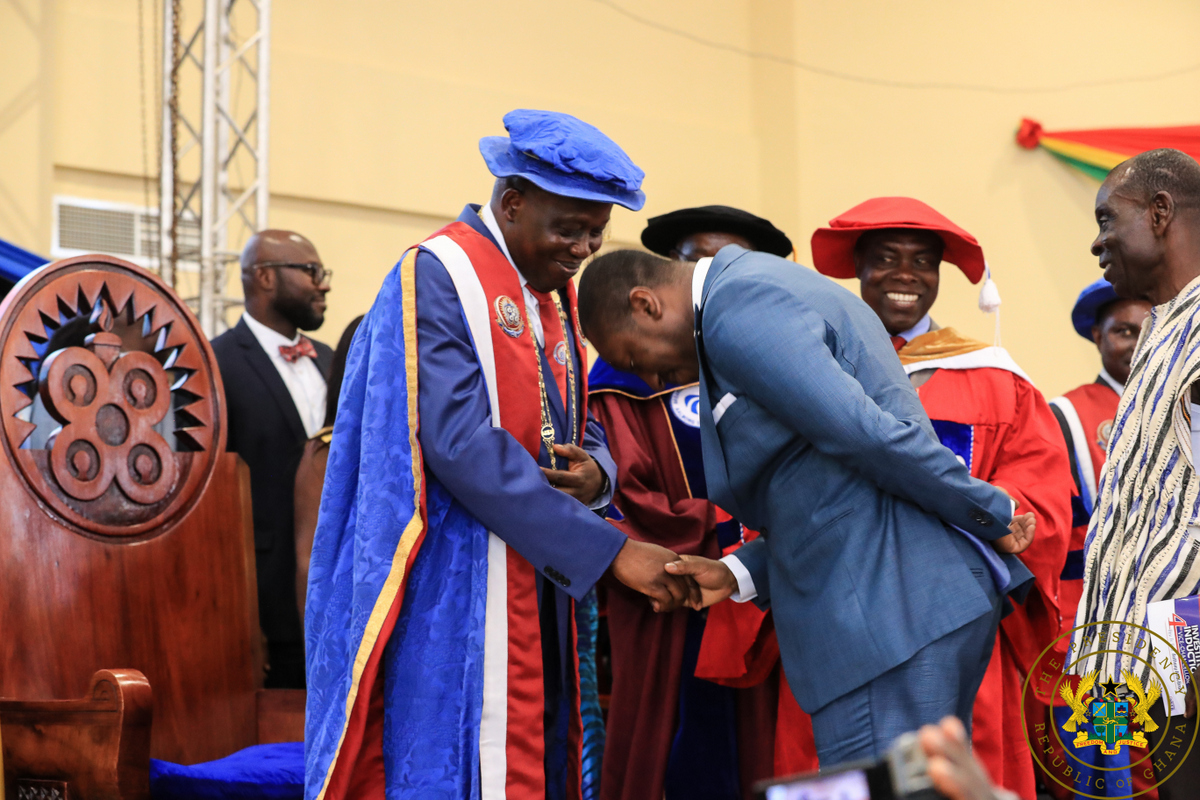 “On the contrary, it is meant to enhance professionalism in teaching, and guarantee that our teachers meet a minimum standard of qualification, through an independent examination, so as to be able to teach in our classrooms. If education is important to us, then it requires that we maintain the best standards,” he added.

Former Vice-Chancellor, Professor Mawutor Avoke, together with six other Principal Officers of the University, were removed by the Governing Council in August 2018.

They were interdicted in July 2017 by the UEW governing council to allow for investigation after it emerged that some vital documents at some offices at the centre of an ongoing investigation had gone missing.

Subsequently, in January 2018, lawyers of the five wrote to the University Council, demanding their immediate reinstatement.

A Winneba High Court in 2017 ordered Professor Mawutor Avoke, to step aside until a case brought against him and the University’s Governing Council is determined.

Ahead of the induction ceremony, law lecturer, Professor Raymond Atuguba said the process was illegal due to a suit currently before the Supreme Court challenging the removal of Professor Mawutor Avoke.

Despite internal wrangling in the school, President Akufo-Addo commended the authorities for their action.

Ghana back to HIPC: Who made that official declaration? – Kweku Baako queries Mahama