Pressure is mounting on state institutions to bring to justice all persons who caused the state to lose billions of Ghana Cedis in the collapse of seven indigenous banks.

The Bank of Ghana (BoG) has reiterated its commitment to ensuring that persons found guilty in the collapse of the banks are made to face the full rigours of the law.

The Second Deputy Director of BoG, Elsie Addo Awadzi, indicated that the Central Bank would not shield any individual found culpable in the failure of the banks.

“As we have said many times recently, the Bank of Ghana will not shield anyone found complicit in the failure of these banks. That commitment still holds. We expect the receivers of the failed banks to continue their recovery efforts relentlessly,” Mrs Awadzi added.

Speaking at the 80th anniversary celebration of the Presbyterian Boys’ Senior High School (PRESEC) in Legon over the weekend, President Akufo-Addo said “those responsible for the sequence of activities that led to the banking crisis will face the full brunt of the law if they are found to have broken the law.”

He attributed the collapse of the banks to cutting corners, circumvention of the laws, flouting and non-adherence to regulations with the complicity of senior officials of BoG.

He insisted “it is not right that the overwhelming majority of ordinary Ghanaians should pay for the actions of a greedy few, without sanction.”

The Second Deputy Governor told the gathering at the 2018 Ghana Bar Conference in Koforidua in the Eastern Region that the Central Bank had handed over dossiers on the seven failed banks to the Economic and Organised Crimes Office (EOCO) for investigations to continue.

She revealed that the investigation would not be limited to the directors of the failed banks but would include officials of the Central Banks, who might have played a role in the collapse of the seven banks in the country.

“We have also handed over dossiers on all seven banks to the Economic and Organised Crimes Office (EOCO) for investigations to continue and possible prosecutions initiated by relevant State agencies. Our own internal investigations into the conduct of Bank of Ghana (BoG) officials have begun with the establishment of the Office of Ethics and Internal Investigations. Officials (current and former) found culpable will neither be spared nor shielded by management,” Mrs. Awadzi disclosed.

The issue has become an albatross around the necks of managers of the country’s economy.

Owing to the development, the government was forced to inject a total of GH?12.7 billion into the failed banks, which were later merged into an entity known as Consolidated Bank Ghana Limited (CBG).

The intervention, according to Mrs. Awadzi, was necessary to help mitigate the socio-economic impact of the failure of the banks.

She said, “It is important that the costs of these interventions, borne by taxpayers, are recovered to the extent possible, through recoveries from debtors, shareholders, and related and connected parties who took money from the defunct banks. Indeed, justice demands this. 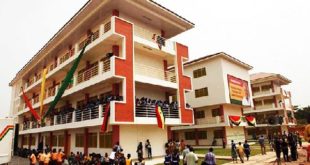