As part of measures taken for the smooth resettlement of the former occupants of Kejetia and the relocation of present occupants of the affected part of the Kumasi Central Market to make way for the Phase 2, a 11 member committee has been inaugurated by the Kumasi Metropolitan Assembly (KMA) 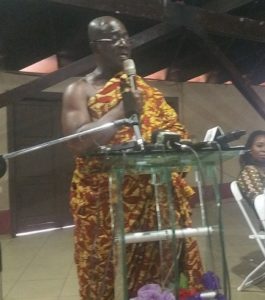 The Phase 1 of the Kumasi/Kejetia Redevelopment Project, which is almost ready and to be handed over to the KMA soon, the 11 member committee, Kejetia Validation Oversight Committee, has the responsibility of ensuring a successful validation of the registration of shops owners carried out some time back, which will be done by Softmaster Corporation Limited. 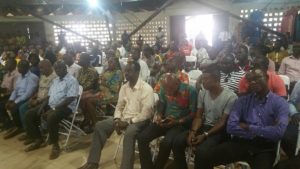 Inaugurating the committee, which was attended by the representatives of the various trade groups, the Kumasi Mayor said “now that the Phase 1 is almost completed, we have to verify those who used to occupy stalls at the old Kejetia, there were about 440 units, with each unit containing fifteen to twenty stalls. The verification and the validation processes will establish the real occupants and owners who were at the Kejetia,”

“In prioritization, those at Kejetia who were relocated to Akyamfour and Adehyie markets are the people who will be validated first, show where they will be moving to, and then we will move to the central market, where the Phase 2 is about to start, doing verification and validation and move them also to present Kejetia. After moving them, there will be a empty space, hand over to the contractor for the start of the second Phase 2, which funds have already be approved by Parliament,” he added.

He assured the traders of transparency in the committee’s work as there are documents that contains all their information and urged them to comply with them for smooth and speedy work.

Previous E/R: 20 s3x workers arrested as MCE clamps down on brothels
Next Government Provides Support to Over 250 Northern Sector Businesses