Yesterday, MyNewsGH.com reported how disappointed New Patriotic Party (NPP) serial callers in the Ashanti Region were up in arms against the leadership of the party and government, singling out the regional minister and the regional NADMO boss for scorn and insults.

The serial callers burnt every communication gadget the ruling party procured for them for communication purposes in defense of government policies and programmes. They also burnt sim cards and used recharge cards they said they bought with their own money, as MyNewsGH.com’s Ashanti Regional reporter.

The serial callers who claim they have been abandoned while those at the echelons of power, mentioning the regional minister in particular, are ‘chopping’ with impunity, after their little bonfire session warned their members region-wide to desist from further calling or texting into local radio stations on behalf of government henceforth.

According to them, despite their contributions to the party’s victory in the 2016 polls, over sixty-two of their members are struggling to make ends meet while their regional executives and government appointees in the region are living in comfort and sometimes flaunt cash and goodies they have gotten since the party assumed power.

But the Regional Minister, Simon Osei Mensah has not taken kindly to what he calls ‘internet and radio insults’ from the party’s regional serial callers whom he has accused of being ungrateful, warning them that he was not hungry before NPP came to power, and should he be sacked, he wont “eat stone”.

According to him, the serial callers are aware of his efforts for them, and that the meagre money meant for them is supported by deductions he makes from his own salary and from salaries of some other appointees to be able to cater for them as serial callers.

In an audio obtained by MyNewsGh.com from Silver FM in Kumasi, the Minister revealed in a hot interview that 200 cedis is made available to each of the over 60 party communicators monthly and he in particular had complained it was too inadequate and were in talks to increase it to make them more comfortable.

It is in the light of the above that the Minister lost his cool and blasted off, attacking the serial callers for taking the matter to radio and the ‘internet’ and calling for his sack when they knew his efforts on their agenda.

Sounding very irritated, he dared them to make the President sack him, and he wont be the first to he given such a sack. “They can do their worse. If I am a regional minister does it mean just anyone can insult me?” He asked.

“I have organized my colleagues to use our salaries to pay them, is this my reward? That They are now attacking me? They sit on the internet and say ‘nonsense’ things against me. I want them to know that if I am sacked I won’t eat stone. Yes. When I used to help them and feed some of them in opposition, was I a regional minister? What is this?” The minister said.

The Regional NADMO boss who was also attacked and accused of disrespect by the party serial callers is yet to comment on the issue. 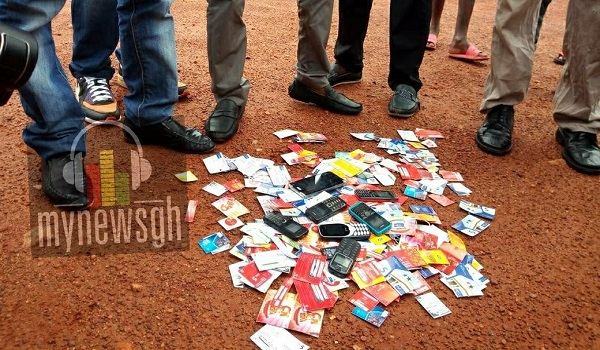 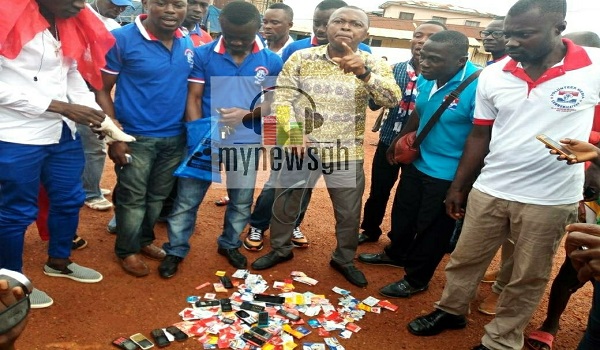 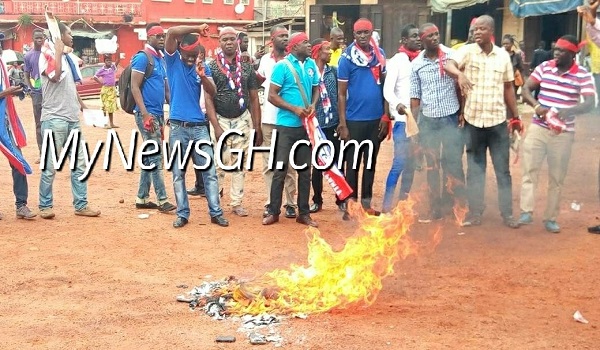