Home / [Photos+Video]: We are not going anywhere – illegal Chinese miners

[Photos+Video]: We are not going anywhere – illegal Chinese miners

The Operation Vanguard team have arrested two Chinese nationals suspected to be illegal miners in the Amenfi West District of the Western Region.

The arrest follows operations carried out by the Western Forward Operation Base of the Vanguard team at Samreboi and Aborikrom, both in the Amenfi West District. 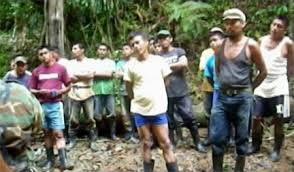 Two Excavators were also immobilized in the process. The Operations Officer for Western Forward Operation Base, Captain Fredrick Amankwah said the two have been arraigned.

“During our operations, we arrested two Chinese who were suspected to be illegal miners, and they were handed over to the Asankragwa Police station. They have been arraigned. Also, we immobilized two excavators.” 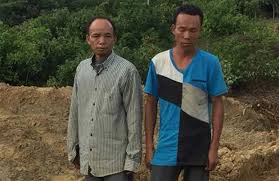 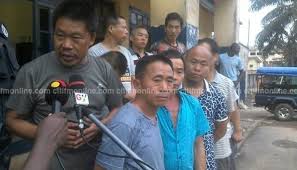 The government set up the Operation Vanguard to combat illegal small-scale mining also known as galamsey in the country in 2017.

The deployment of the joint police and military task-force came as a major boost to government’s fight against illegal mining in the country, following news of its devastating effects on the country’s land and water resources.

The anti-galamsey task-force was deployed to three regions; Ashanti, Western and Eastern about five months ago, to help fight and sustain the campaign against illegal mining, which was started by Citi FM a year ago.

Their operations have resulted in the arrest of illegal miners including foreign nationals, mainly Chinese.