Reports say some communities in Kintampo in the Brong Ahafo Region have now become an end-user and peddler hub for illicit drugs trade. 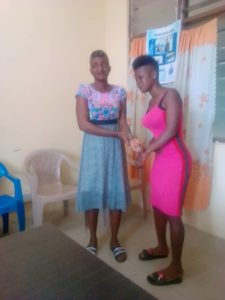 Findings reveal that these communities have been seriously plagued by all manner of social-vices, which include minors and teenagers engaged in prostitution, stealing, alcoholism and armed robbery.

A high sale of wee and some deadly concoction believed to be alcoholic beverages mixed with Indian hemp was also recorded.

The revelation comes after two female teenagers were arrested by police in the area for allegedly selling toffees believed to have been laced with Marijuana.

Police say powdered substances made out of leaves suspected to be Indian Hemp in an Aluminium tray and 100 pieces of milk toffee made with the substance were retrieved from the suspects upon a search.

The suspects, admitted “trading in the toffee for some time now”, a police report sighted by XYZ News read.

The suspects have since been detained in police custody assisting in investigations whiles the exhibits have been retained for further action.