Share
The temporal overflow of water onto land that’s normally dry in the North Gonja District has become perennial as a result of the white-Volta basin during the peak of rains. In the past almost three weeks have seen unending rainfalls in most parts of the Region/Country which saw some homes in Daboya community affected by floods. 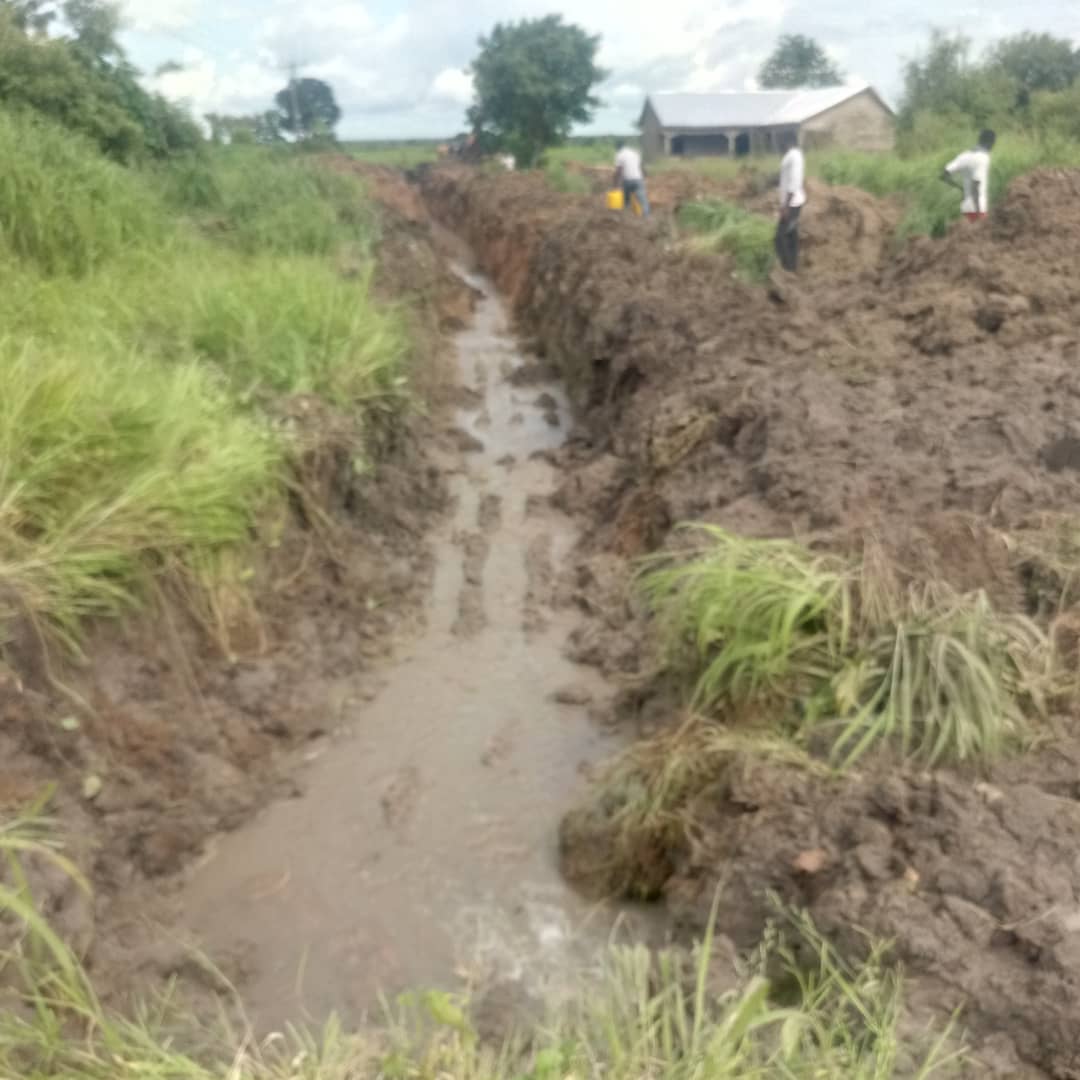 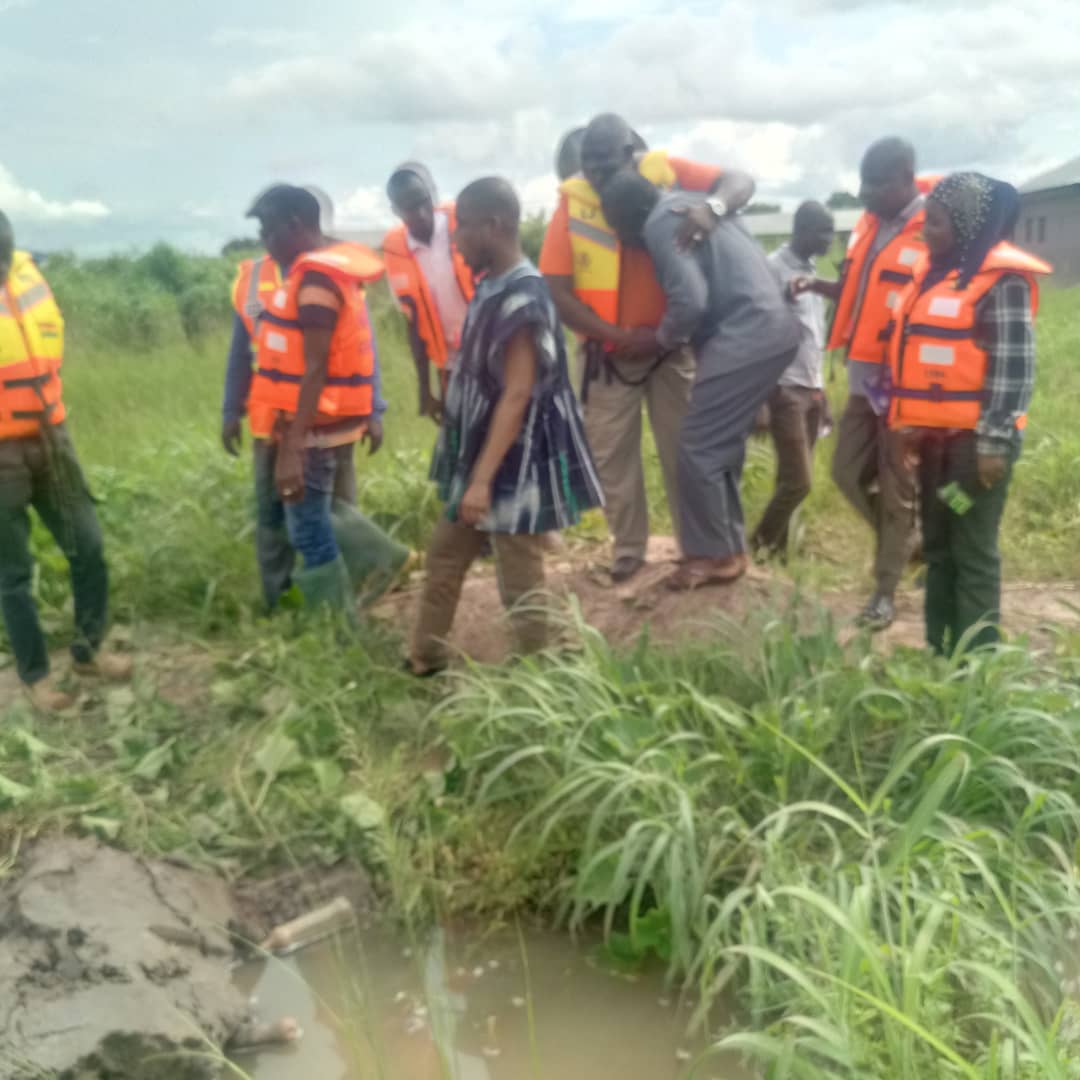 On Tuesday 4, 2018 Hon Adam Eliasu Red Bawa together with the District NADMO co-ordinator and some staff from the North Gonja Assembly were on the grounds to inspect and assess the extend of destruction and act accordingly. It’s imperative to remind my dear readers that just before this year’s rains set inn, the *Hon DCE* contracted some youth in Daboya to do further dugout and expand the drains in Daboya in an anticipation of containing any possible situation of heavy downpours. It’s important to note that the worse could’ve happened without this earlier intervention.
The District Assembly with immediate effect and urgency mobilized relief items to be distributed to affected homes. These includes Foam Mattresses, Rice, Cement, Roofing Sheets, Buckets, Plates and Cups. Meanwhile operators of heavy equipment machine has been hired to further create and expand water ways for the free flow of water.
PICTURES BELOW IS THE PRESENTATION OF THE ITEMS 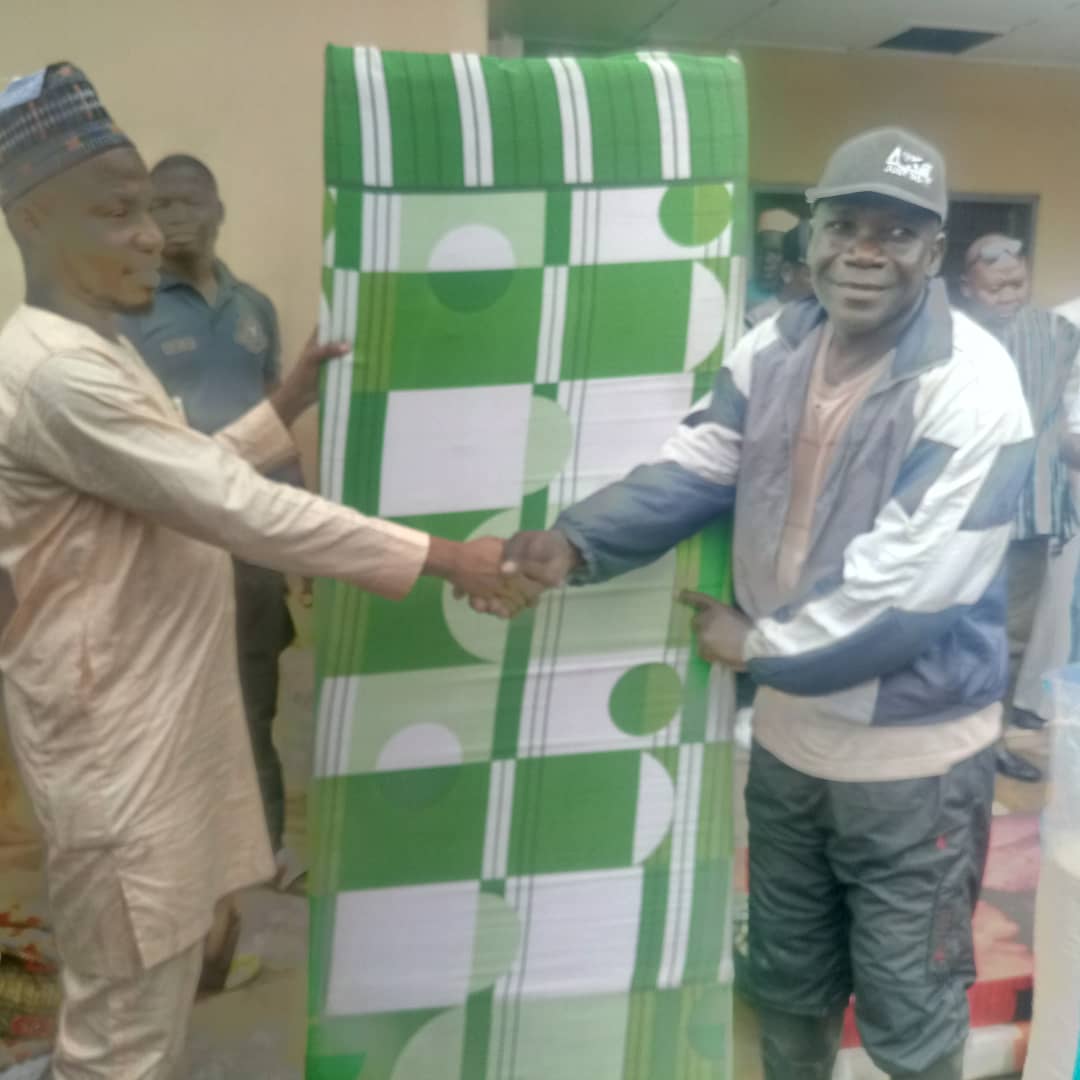 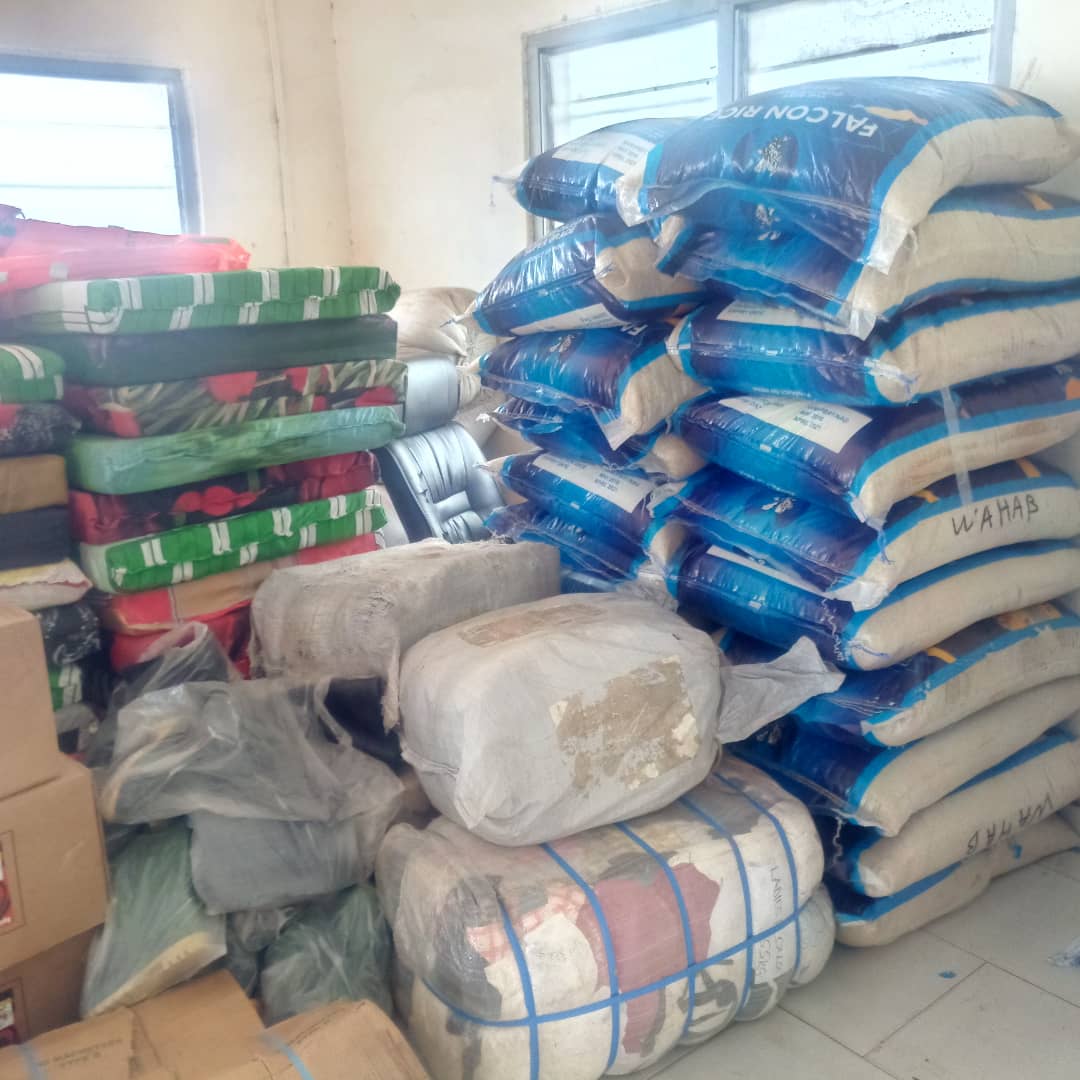 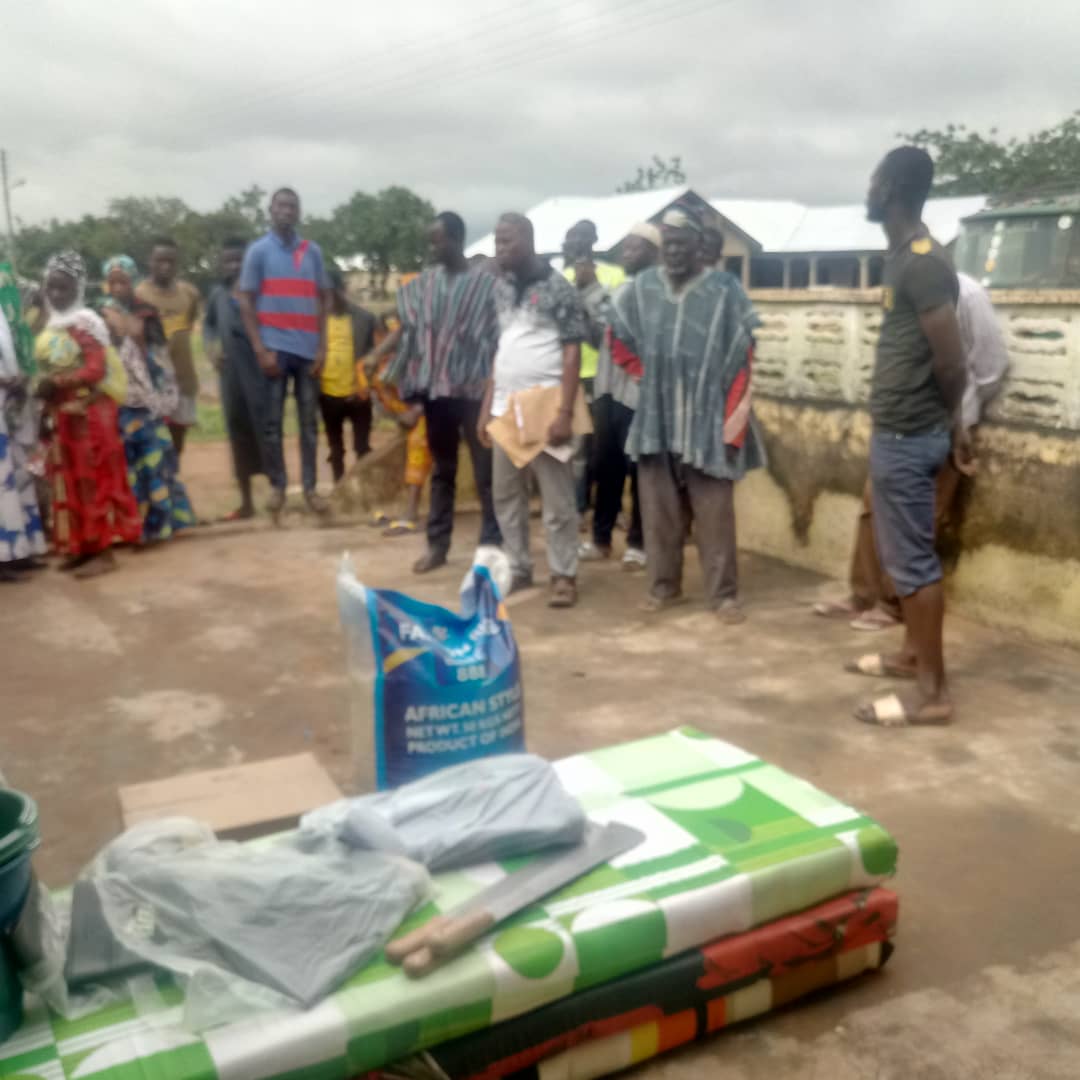 In another development, the Hon DCE in a collaboration with the District NADMO team received a delegation from the Regional NADMO office lead by the Co-ordination Alhaj Hindu. The team also inspected the affected areas and delivered relief items as well. Mosquito Coils, Cutlasses, Warranty Buths, Used Clothes were presented. Distribution started this morning after the District team had taken records of victims. In a brief message to the victims, *Hon Adam Eliasu Red Bawa* empathize with them and assured them that the exercise is a stopgap measure as the Assembly is pursueing experties to put together a comprehensively engineered plan to drastically reduce disasters.
Source: www.thepressradio.com /Ghana/ Zion Abdul Rauf.
2018-09-06
admin
Share

Actress and TV Presenter, Nana Ama McBrown has got many amazed by her crazy soccer …