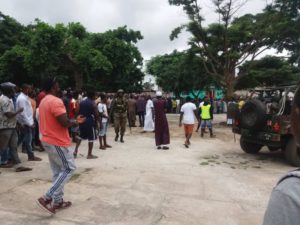 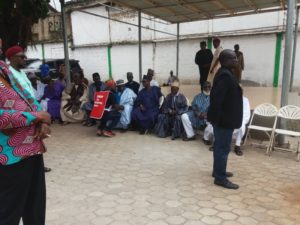 Tears were shed when four more of the seven suspected armed robbers shot and killed by the police at Manso Nkwanta in the Amansie West district of the Ashanti Region, were laid to rest today, Thursday, September 6, 2018. 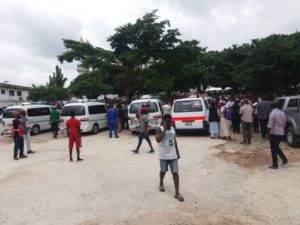 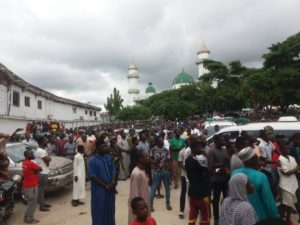 The burial ceremony was held at the Kumasi Central Mosque in Asawasi for the four deceased Muslims amidst tight security from the Ghana Police Service and the military.

They were Musah Seidu, a.k.a. Baban Kande; Mohammed Bashir Musah, a.k.a. Soja, Mohammed Kamal, a.k.a. Tanko; and Baa Bont, a.k.a. Freeboy. 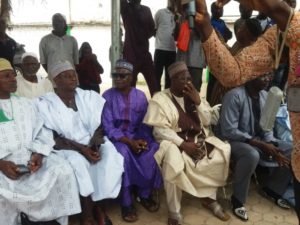 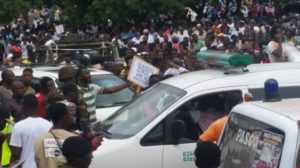 One of them, a 33-year-old Abdul-Hanan Bashir has already been laid to rest at the Old Tafo cemetery on August 28, this year.

The seven were allegedly mistaken by the police for members of an eight-man armed robbery gang who had earlier attacked a sprinter bus and shot dead a police officer at Ayirebikrom near Manso Nkwanta in the Amasie West District of the region. 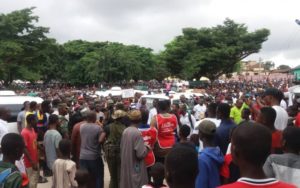 The Ashanti regional police command said the seven were killed in a shootout.

They were alleged to have opened fire on the police when they attempted to attack a Chinese national.

Just when the Asawasi protest was about to turn chaotic, the Manhyia Divisional Police Command arrived on the scene to restore calm. 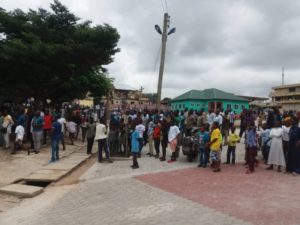 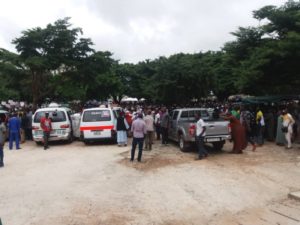 The acting Chief of the Sarkin Zongo (predominantly Hausa-speaking community) in Kumasi, Ahmed Rufai Alao, in a statement stated the seven were well-known members of their community.

The statement added that they [Zongo authorities] are liaising with the families of the deceased to find ways to seek redress the right way. 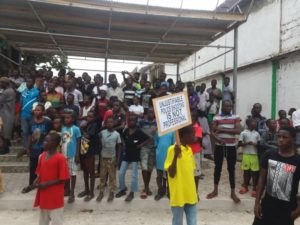 The Ashanti Regional Minister, Hon. Simon Osei-Mensah inaugurated a five-member committee to independently investigate the circumstances that led to the killing of seven suspected robbers at Manso Nkwanta.

This was after several calls by families, community members and top politicians to investigate the shootout which claimed the lives of the seven men by Police Officers.