Former Minister for Information, John Tia, suffered what the ruling New Patriotic Party (NPP) and some observers have described as a “dishonourable defeat” at the regional executive elections of the main opposition National Democratic Congress (NDC) held on Saturday in the Upper East region.

Mr. Tia, who occupied the Talensi parliamentary seat for 20 years, polled only 49 out of the 507 valid votes cast in the Upper East Regional Chairmanship race.

Whilst Mr. Tia has not spoken in public yet as to why the majority of the 509 delegates, assembled on the premises of the Bolgatanga Polytechnic to decide the fate of the 45 candidates vying for the various executive positions up for grabs, rejected him, the NPP is not only rubbing more salt into his wound but also is warning the young MPs who saw John Tia crushed by a veteran contractor ‘like an eggshell under a medieval train’ to prepare to surrender their seats ‘too early’ in 2020 to the governing party.

“It was expected that it would happen, that John Tia would lose. Forty-nine votes. That is less than 10%. Politically, what is he bringing on board? He was an MP for 20 years. And along the line, he was Minister for Information and subsequently as Ambassador to Cuba”.

He added: “For us, we have our game plan. It doesn’t matter who is at the helm of affairs. The candidates elected on Saturday are not new faces. We know them already. When you are playing a football match, it’s difficult when you don’t know your opponents; but it makes work easy for you if you know them. They are holding 12 seats. We are targeting all of them (the parliamentary seats). Not even a quarter of the seats shall be spared in 2020.”

Alhaji Bolnaba maintained his position with a convincing margin for a fourth term since 2006. As jubilant supporters carried their triumphant candidates shoulder-high and victory songs resonated strongly in the packed NDC-coloured hall, the Regional Chairman spoke with power in what is, perhaps, the shortest victory speech ever heard in the history of regional elections in the north.

“We [have] all won the election. All NDC people won the election. So, I want to tell you people, you must plan and work hard [so in] 2020 we can come back to power,” he said, swaying his microphone like a pendulum in the faces of cameras as a crowd of supporters milled around him, readying themselves for a victory party on the rainy night. 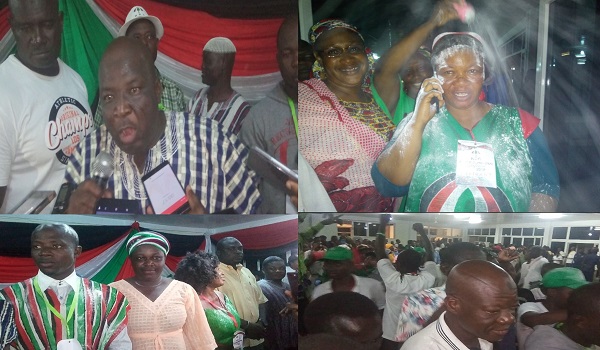 Swearing in the executives, the party’s National First Vice Chairperson, Anita Desoso, accompanied by the Deputy National Organiser, Joshua Akamba, congratulated all the candidates and asked the delegates to vote for her as the next National Organiser at the party’s national polls slated for October 20, this year. 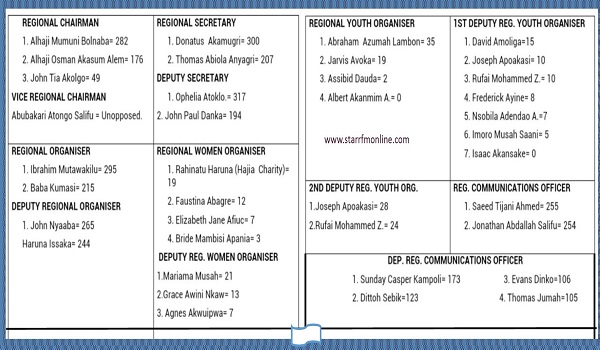 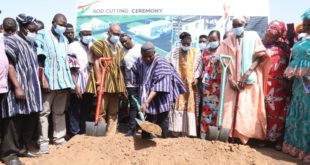 Three people have died in a knife attack at a church in Nice, in what …