Top radio presenter, Abeiku Santana and songstress eShun has been caught romancing in a swimming pool.

According to a report by Ghanacelebrities.com sighted by YEN.com.gh, the two are seen doing their own thing in a swimming pool.

In the short video, Abeiku Santana and eShun are seen smooching each other in the swimming pool.

Abeiku Santana at a point in time even carried eShun at his back like a nursing mother carrying her baby.

The Okay FM drive Time Show host was recently in the news when it emerged that he edited some portions of an interview he had with Joselyn Dumas to make it look she stated that she dated the actor John Dumelo.

The two were recently spotted in a similar situation where Abeiku Santana was in a pool and the songstress was seen standing by him, singing and playing with his head.

The video brings up many questions as some fans of the presenter can’t really believe why a married man like him will decide to all engage in such acts with the ‘I want’ hitmaker.

Meanwhile, YEN.com.gh had previously reported a story of Abeiku Santana confirming that he spent some days in prison.

According to the veteran presenter he was sent to prison after stabbing someone.

Previous Bola Ray, Sammy Awuku and top CEOs nominated for WBAF-UAMDC Awards
Next Henceforth, I will never do a diss song – Patapaa vows 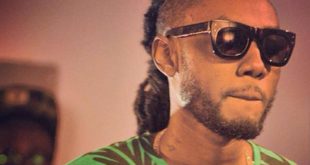