Investment banker, Alhaji Mahama Iddrisu has cited the current banking crisis as well as what he describes as wrong timing as basis for MTN’s inability to reach its target for the Initial Public Offering (IPO).

Though he qualifies the subscription as satisfactory, Mr. Mahama Iddrisu believes the offer had the potential to have performed better.

“Looking at the timing of the offer, the situation in the economy, considering the banking and finance and investment sector as well as the performance of the stock exchange as well as the reason for the offer, I think that they have done very well,” he said.

Speaking to Citi Business News, Mr. Iddrisu further highlighted how some factors he has identified, prevented MTN from reaching the target.

These included the timing of the IPO, the need for some banks to recapitalize from the stock market, the general economic situation which had led to some job losses in banks, as well as the fact that the investing public considers the IPO as a new entity altogether hence uncertain of its outcome and performance on the bourse.

MTN raised a total of 1.14 billion cedis from its Initial Public Offering which is to cede thirty –five (35%) percent ownership of the company to the investing public.

This is in fulfillment of regulatory requirement due to the purchase of one of the 4G spectrum licenses.

The company says the offer performed well as it achieved an oversubscription of 300 percent more than what is required to list on the Ghana Stock Exchange.

The number of Ghanaians that bought into the shares were in excess of 127,826.

They purchased about 590 million shares valued at 444 million cedis.

This measures lower, compared to 703 million cedis purchased by non-Ghanaian investors though the number of applicants who were non Ghanaians, were 326.

An obvious motivation for investors is dividend payment which Mr. Iddrisu believes extending it any further may trigger reaction from investors. 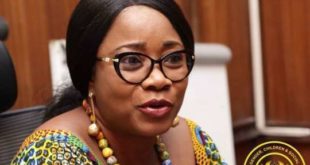