Home / Gang-rape turned me into a drunkard, sex addict – Lady narrates her ordeal

Gang-rape turned me into a drunkard, sex addict – Lady narrates her ordeal

A first-year university student who was ganged raped by four of her colleagues said to belong to a secret cult, has given a harrowing account of her dreams and entire life came crumbling after the unfortunate incident.

According to her, what led her into these practices was the fact her mother who should have known better refused to sympathize with her and rather accused her of wearing skimpy dresses which could have triggered the rapists to unleash their unbridled libido on her at gunpoint.

This singular act turned her she turned her into a nymphomaniac and alcohol addict for some time but for the timely intervention of someone who saw that what she was going through could be resolved.

The lady who has started a campaign against rape narrated her horrendous experience below in a post;

Read her really heartbreaking story below 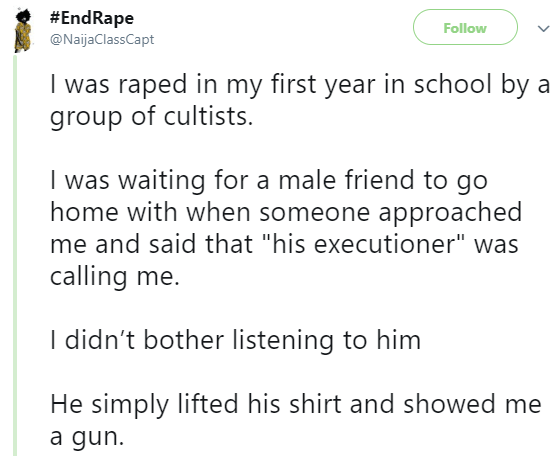 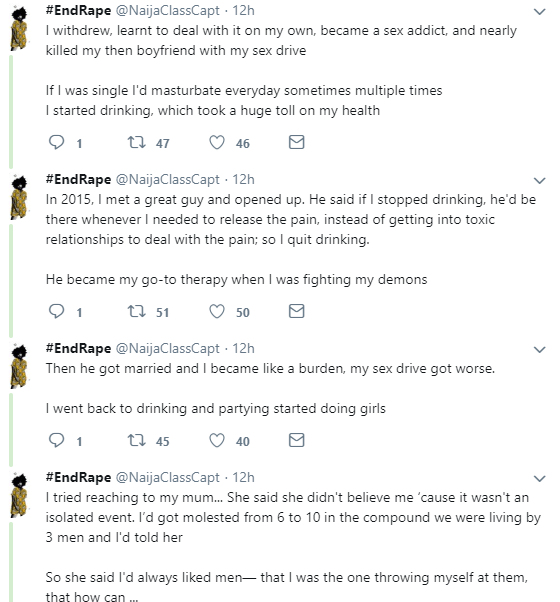 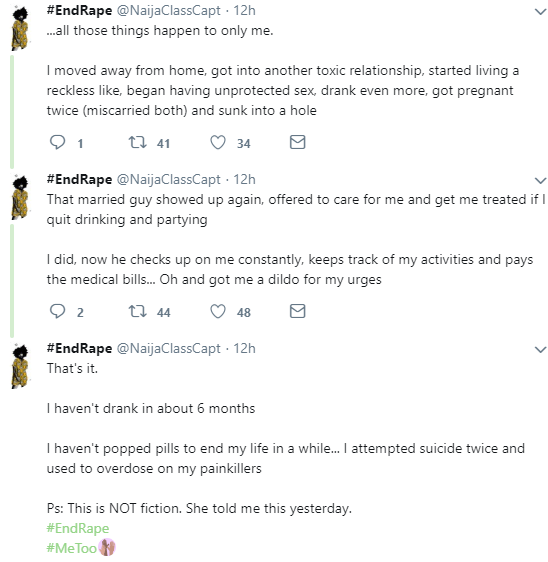