A 42year old man,wife and children burnt in a fire accident at Kotito II,a farming community few miles away from Damongo in the gonja west district.

Their properties got burnt in the process. It took neigbours closed to an hour to break through the room to rescue the victims since the door was in serious flames.

Apart from Mohammed Alhassan,the entire household has been referred to the Tamale Teaching hospital.             Narrating the incident to the press by an eye witness, Alhassan Suraya,daugter of the victim was involved in a motor accident yesterday. 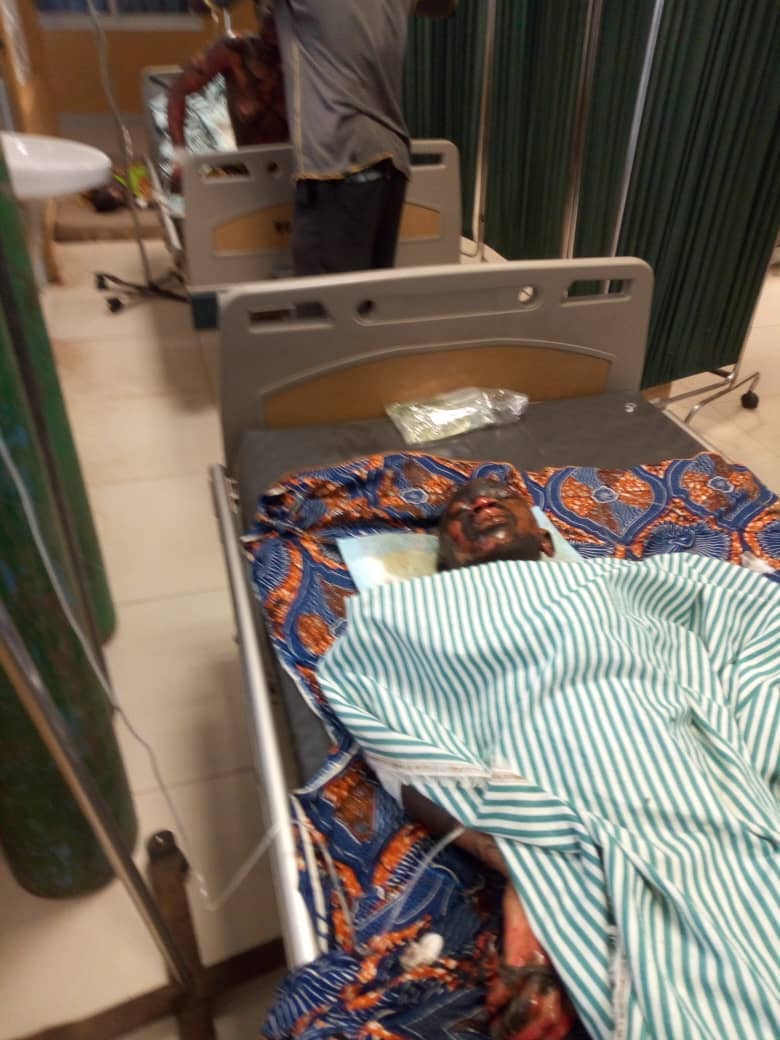 She was sent to the village clinic and after recieving treatment,she complained of cold around 3am. The mother therefore set fire in a coal pot and poured some small amount of petrol in a can into the charcoal to set the fire. The entire family apart from the two were fast asleep.

Madam Sala did not close the gallon containing the petrol which which was few meters away from the coalpot. The fire immediately traveled from the coal pot to the gallon which Madam in an attempt to throw the gallon outside the room,ended up closing the door. 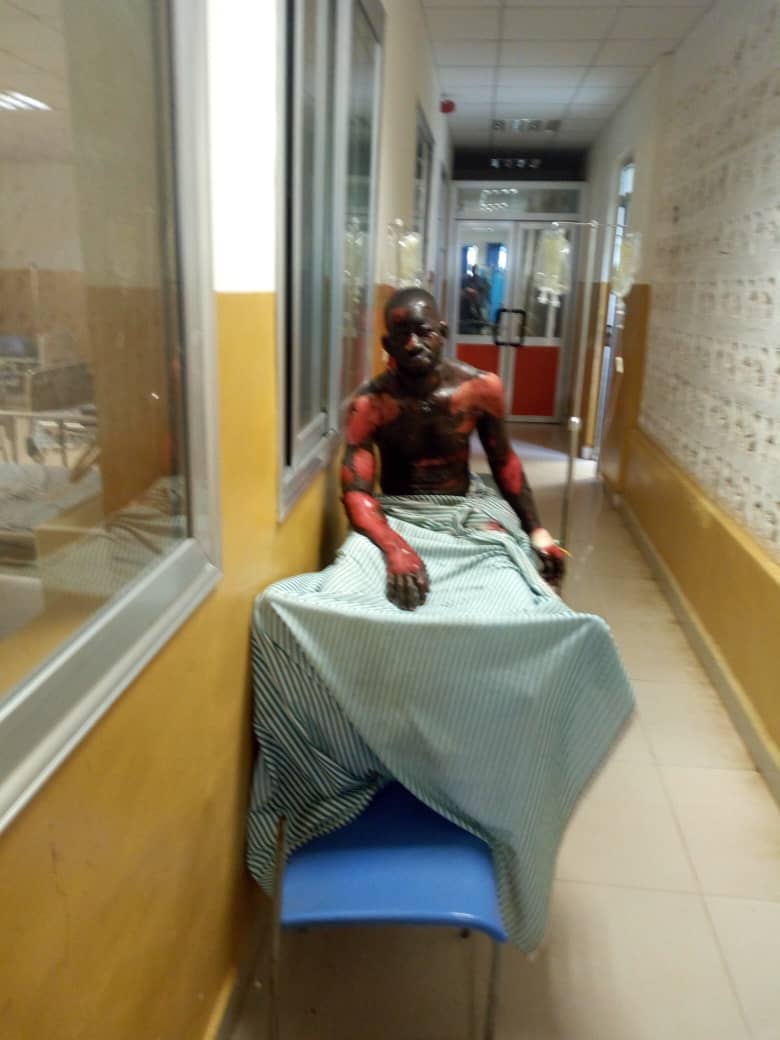 Large quantities of the petrol poured on the floor making the entire room start burning. There was no escape route as the door was burning preventing the entire family from escaping.

Neighbors around could not rescue them and resulted to demolishing part of the room to save them. The entire family was subsequently brought to the West Gonja hospital which has only one ambulance that could not carry all the victims to carry. The national ambulance services has it ambulance out of commission due to a breakdown of its engine for over two years today. The Sawla ambulance station was called upon which came to help evacuate the victims to Tamale leaving  behind two of the children who are responding to treatment inside the Damongo hospital.

PHOTOS: Police officer killed by rooster while breaking up cockfight