The Minister of Food and Agriculture, Dr. Owusu Afriyie Akoto has toured a number of demonstration sites under the Savanna Zone Agricultural Productivity Improvement Project(SAPIP) and the Transformation of the African Savanna Initiative(TASI) being undertaken in the Northern part of the country as part of government’s poverty reduction strategy.

The Minister, together with his entourage, paid visits to the Mion and Savelugu districts where test pilots of the two projects are currently being done.

The two projects are being funded by the African Development Bank as part of efforts by Government to increase agricultural productivity in the Savannah Zones.

The SAPIP is a five year project expected to cost US$39.01. It’s main focus is to increase the production of maize, soybean and livestock as a means of reducing poverty and improving nutrition amongst the citizenry.

Transformation of African Savannah Initiative (TASI) is one of eight Priority Intervention Area (PIAs) of the Feed Africa Strategy that seeks to end extreme poverty, hunger, malnutrition, food imports by the year 2025.

TASI seeks to transform 16 million Ha out of Africa’s 400 million Ha of Savannah, twice the size of the Brazilian Cerrados, into a bread basket for the production of maize, soybean, and livestock.

Both projects are anchored on the Government’s flagship Planting for Food and Jobs (PFJ) and the One District, One Factory policies. 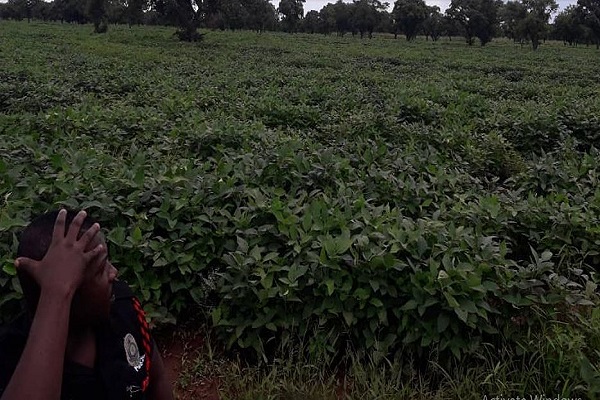 An estimated 250 hectares of arable land are expected to be developed under the projects within the next five years.

The Minister, who expressed his satisfaction at the pace of progress on the two farms, reiterated the commitment of government towards transforming the economy of this country through agriculture.

He said a successful implementation of the projects, which he said, were key to the Government’s PFJ programme, would serve as the economic vehicle for the development of the Savannah Zones.

Dr. Owusu Afriyie Akoto particularly stressed on the production of soybean, which according to him, was one of the most important crops for the livestock industry.

He therefore pointed out that a signifcant increase in soybean and maize production will have ripple effects on the poultry industry, stressing that it will help reduce percentage of feed importation by farmers thereby reducing the cost of production.