The Minority, in a letter written to the International Monetary Fund (IMF), has asked the international body to stop the Akufo-Addo government from securing a Chinese facility to embark on a robust infrastructural development in the country.

In a letter written on 10th August 2018 and signed by the Minority Leader, Haruna Iddrisu, the opposition NDC opined that under the current agreement with the IMF and the fact that an agreement with such a quantum of money could adversely affect our debt stock, the IMF should, as a matter of urgency, stop the Akufo-Addo government from going into this agreement with the Chinese entity. Haruna Iddrisu addressed the letter to Natalia Koloadina, resident representative for Ghana of the IMF.

They loftily touted their so-called unprecedented achievements in the run-up to the 2016 general elections. They captured in their green book a plethoric number of artistic impressions they dubbed projects which they sold to the general populace.

Months after they lost the 2016 elections, the true state of affairs became apparent as their unprecedented infrastructural projects were found to be a mirage.

The Akufo-Addo administration saw the need to take steps to deal with the deficits seen in terms of our infrastructural development. The administration looked for an alternative that would not impair further Ghana’s debt stock.

As a thinking government, the Akufo-Addo Government decided to enter into a barter agreement with the Chinese Government by securing US$2 billion in exchange for our bauxite. Dubbed the Infrastructure for Bauxite barter agreement, Ghana is to receive US$2 billion while using bauxite/alumina/aluminium to pay for the amount received. The deal is with Sinohydro of China.

The first tranche of US$500 million will cover a significant number of roads across all the ten regions. It is worth mentioning some of the road networks which will see construction when the first tranche of the money comes; PTC Interchange, Takoradi,Tamale Interchange,New Abirem-Ofoase-Akim Oda road, Atebubu-Kwame Danso-Kojokrom road,Accra City roads,Kumasi City roads,Jasikan-Dodo Peppesu-Nkwanta road, Tutulega-Sandema-Wiase road, Lawra-Han-Tumu road and Cape Coast City roads.

The above-named roads are but a few of the road projects which will be captured by the US%500 million tranche which will come before the end of the year.

The NDC is hellbent on preventing the Akufo-Addo/Bawumia administration from developing this country. They would be the very people to first cast stones at the current administration should our roads remain impassable and dilapidated. They do not have the welfare of Ghanaians at heart, hence these moves to scuttle this noble project. 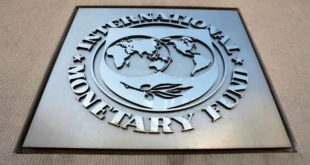 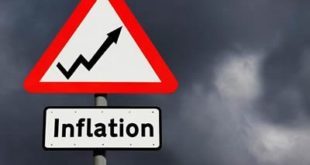