Two people including an a sub-chief at Gomoa Kweikrom in the Central region are in police custody for allegedly lynching the Gomoa East National Democratic Congress (NDC) Constituency Organizer, Prince Mensah. 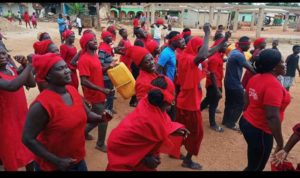 According to reports, the deceased was found dead at Gomoa Potsin junction a month ago and the police thought he was knocked down by a vehicle. 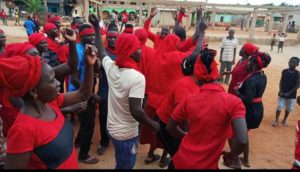 But subsequent investigations by the police revealed that, the NDC Constituency Organizer was lynched by the suspects and dumped there.

They are therefore appealing to the Inspector General of Police (IGP), David Asante-Appeatu and the Attorney General to ensure the suspects face the full rigorous of the law.

But the Dominase District Police Commander, ASP Paul Ankan who confirmed the incident to Adom news denied the allegations.

He said investigations are ongoing to arrest more suspects linked to the crime.

Meanwhile, brother of the deceased, Kofi Mensah said thugs allegedly hired by the sub-chief in the town inflicted cutlass on his brother’s body.