The opposition National Democratic Congress (NDC) is bent on sabotaging the $2 billion Chinese Loan that the New Patriotic Party (NPP) government is securing to undertake many priority infrastructure projects across the country.

The $2 billion barter deal signed between the Government of Ghana and Sinohydro of China is expected to bring massive transformation, especially in the road sector.

Many world-class roads, including dual carriages and overpasses, would be constructed throughout Ghana but the NDC is against such development.

Afraid that the deal would see to the unprecedented infrastructural development of the country, the NDC is desperately trying to ‘pour sand into the gari to damage the deal which has been described as ‘game-changer.’

The Minority Members of Parliament (MPs) have written to the International Monetary Fund (IMF) with a copy to the World Bank to stop the deal because they claim it’s ‘illegal’ even though the same political grouping helped to pass the agreement in Parliament before the house went on recess late last month.

The Minority members on the Finance Committee had deliberated on the Master Project Support Agreement (MPSA) between the Government of Ghana and Sinohydro Corporation Limited for the $2 billion for the construction of priority infrastructure projects before the committee’s report was laid in the house for approval.

The Vice President Dr Mahamudu Bawumia, who has been leading the negotiations, said the NPP government wants to prove to Ghanaians what $2 billion can do for a nation like Ghana and assured that it’s going to be the game-changer in the infrastructural development of the country.

The barter transaction is basically tied to some bauxite deposits under which the government is expected to repay with relined bauxite (alumina/aluminum).

The NDC’s letter jointly signed by Minority Leader, Haruna Iddrisu and Cassiel Ato Forson, who is a Ranking Member of the Finance Committee dated August 10, 2018, was sent to the IMF Resident representative in Ghana, Natalia A. Koliadina and copied to the Country Director of the World Bank.

“We write to notify and inform you of some legal and technical issues, as well as some inconsistencies contained in the supposed barter transaction between the Government of Ghana and Sinohydro of Ghana and to seek IMF’s clarification on them,” the NDC letter said.

It said, “These concerns are raised in the context of the ongoing ECF Agreement negotiated by the immediate-past Government of Ghana and the methods used by the IMF and World Bank to evaluate loans and carry out Debt Sustainability Analysis (DSA).”

According to the NDC, the Finance Minister, in his presentation of the Mid-year Budget Review in Parliament on July 19, 2018, “categorically stated that the Sinohydro financial transaction will not add to the public debt stock because it’s merely a barter transaction and not a loan.”

“We, the Minority, have carefully studied the provisions and terms of the so-called barter transaction, as officially tabled and passed by Parliament, and have identified a number of legal and technical issues that explicitly make the transaction a loan. Thus, as was argued during the Parliamentary debate on the transaction, it is the Minority’s opinion that the value of the transaction be added to the debt stock. The Minority in Parliament would, therefore, like to seek clarification on this from the IMF.”

The NDC said “the determination and the decision to write to you for clarification is based on perceived changes in the computation of debt and arrears, the reversal of tax policies and other conditions that were prior actions under the ECF Programme and accepted fiscal practice.”

The NDC Minority attached what it calls “Issues of concern emanating from the transaction between the Government of Ghana and Sinohydro of China, as presented by them in Parliament for the attention of the IMF.

Tamale, the home-town of Haruna Iddrisu, will see its first interchange in history under the Chinese deal.

As explained by Chairman of the Finance Committee of Parliament, Dr Mark Assibey Yeboah, under the MPSA, Sinohydro is responsible for arranging the project financing for all the priority projects subject to the mutual agreement of the parties.

“Sinohydro shall be solely responsible to enter into the financing agreement(s) with any financial institution that agrees to provide the Project Financing,” he said when the agreement was being approved.

He also said the Committee was further informed that the MPSA is essentially a “barter” facility by which Sinohydro will implement various EPC contracts for Ghana and the government repays with relined bauxite (alumina/aluminum).

“To enhance and maximise the value to Ghana of its bauxite resources, the Committee was informed that government, through the Ghana Integrated Bauxite and Alumina Development Authority (GIBADA), will establish a bauxite processing plant to process the raw bauxite into alumina before shipping same to service the obligations under the MPSA,” he said, adding “presently, raw bauxite is said to be trading at about $24 per tonne on the international market whilst processed alumina trades at more than $300 per tone.” 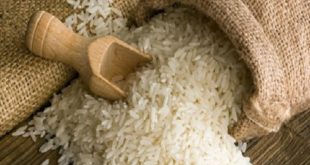