Muslims all  over the world  are marking  Eid-ul-Adha, market survey done in Kumasi Zongos indicate that demand for live stocks has fallen as a result of increase in prices. 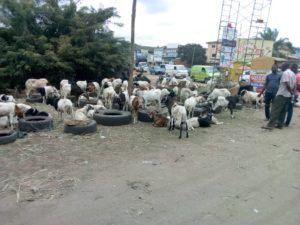 Some Muslims in the Kumasi metropolis are crying over the high cost of goats, rams and cows ahead of the ‘Eid Ul Fitr’ celebration. The festival which is being marked. 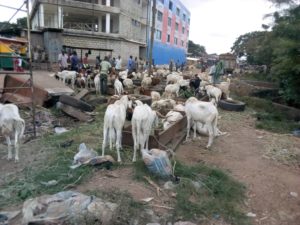 A check by Otec news reporter Jacob Agyenim Boateng at ‘Mayanka’ one of the biggest market in the Kumasi metropolis for  cows, goats and sheep,  showed that prices of the animals increased by more than 80 percent compared to the range in the same period last year. 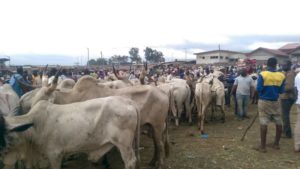 Dealers in the selling and buying of the animals  across the country particularly in the Kumasi metropolis ahead of the ‘Eid Ul Fitr’ observation had  bemoaned  the hikes in the  prices  of the animals in the  market. 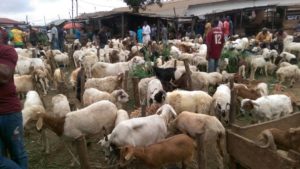 Most vintage places in the zongo communities have been filled by cattle farmers who sell their rams and cows. Performing Eid-ul-Adha is one of the religious pillars in Islam for those that can afford. During the period, a good ram can cost up to two thousand Ghana cedis or above. But the cost doesn’t deter some committed Muslims. 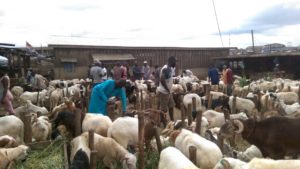 Muslims kill a ram, cow or camel as a sacrifice to Allah. This makes rams a necessary and highly desirable commodity among Muslim communities in Ghana but many other poor Muslims are put off by the price of rams during this period which is higher than unusual.

The chairman for the Ashanti regional sheep and goats traders association Alhaji Yakubu London who spoke to otecfmghana.com on on Tuesday 21st August 20, 2018,  lamented about  the recent prices of a n small size of sheep  which is  sold for 1500 Ghana cedis compared to its price of 1000 Ghana cedis in 2017.

He also explained that , the price of a Cow pegged at 2,500 Ghana cedis in 2017 has jumped to 40,000 Ghana cedis a situation he described as worrying.

“It’s too costly, sometimes up to four thousand Ghana cedis, but when the season is over, the price will come down again’’, Alhaji Yakubu London.

Alhaji London attributed the high prices of the animals to the high cedis to CFA  exchange rate, transportation cost  and other prevailing market situations.

He noted that , over 85 percent of the animals they slaughter during the ‘Eid Ul Fitr’ and other festive seasons are imported from other neighbouring countries at lofty prices due to the high cost of getting CFA in the country.

“We imported animals from other countries because we are aware that what we have in Ghana will not be enough to meet our local demand” he stated.

Commenting on the situation, Agia Munira complained that, she had been hovering around the market for hours hoping to buy a cow at moderate price but had no option than to buy it the way it was.

Another buyer at the Mayanka market  Mallam Karim who is preparing for the ‘Eid Ul Fitr’  celebration, told Otec news that the price hike might affect their ability to slaughter an animal for the festive sacrifice.

” Although it is not obligatory for every Muslim to slaughter an animal, we do our best to do it to fulfil all righteousness, but I will have to wait the last minute before the’ Eid Ul Fitr’ to see if the price will come down” he cried out.

It seems Jullie Jay Kanz, the former publicist of Joyce Blessing is not sitting down …