The ringleader of the pro-NPP vigilante group that attacked the office of the CEO of the Tamale Teaching Hospital, last Monday has been granted bail.

Baba Alhassan was granted a GHc10, 000 bail with three sureties by a High Court in Tamale in the Northern region.

His travel documents were also seized by the court and he is expected to reappear in court on September 3.

Baba Alhassan was picked up Thursday morning, a day after four others, arrested Wednesday for the same offence, were released for lack of evidence.

According to reports, he has been charged with unlawful entry, offensive conduct and assault.

Baba Alhassan and his colleagues invaded the offices of the Tamale Teaching Hospital and instructed the CEO of the hospital Dr. David Zaawumya Kkolbila to walk out and hand over the keys to his office.

Dr Kolbila has since been reinstated by the Northern Regional Security Council led by the Minister Salifu Saeed.

The action of the vigilante group associated with the governing New Patriotic Party (NPP) led to the declaration by the health officials that “they no longer feel safe working at the facility”, swiftly withdrawing their services in TTH until certain conditions are met.

They, however, called off their strike on Thursday after government decided to provide enough security at the facility. 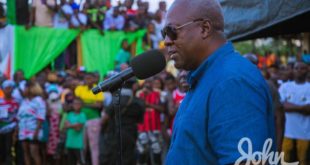