Former President John Dramani Mahama has asked Ghanaians to ignore a statement circulating on social media announcing his decision to contest the primaries of the opposition National Democratic Congress (NDC), to lead the party in 2020.

The purported statement indicated that the former president had declared his intent to contest the NDC’s presidential primaries.

The NDC has slated December 7, 2018, to elect a presidential candidate to lead it into the next general election.

The party lost to the New Patriotic Party in the 2016 elections truncating the second term bid of John Mahama.

Although about six persons of the NDC have officially joined the presidential race, Mr. Mahama is yet to make his presidential intent known. 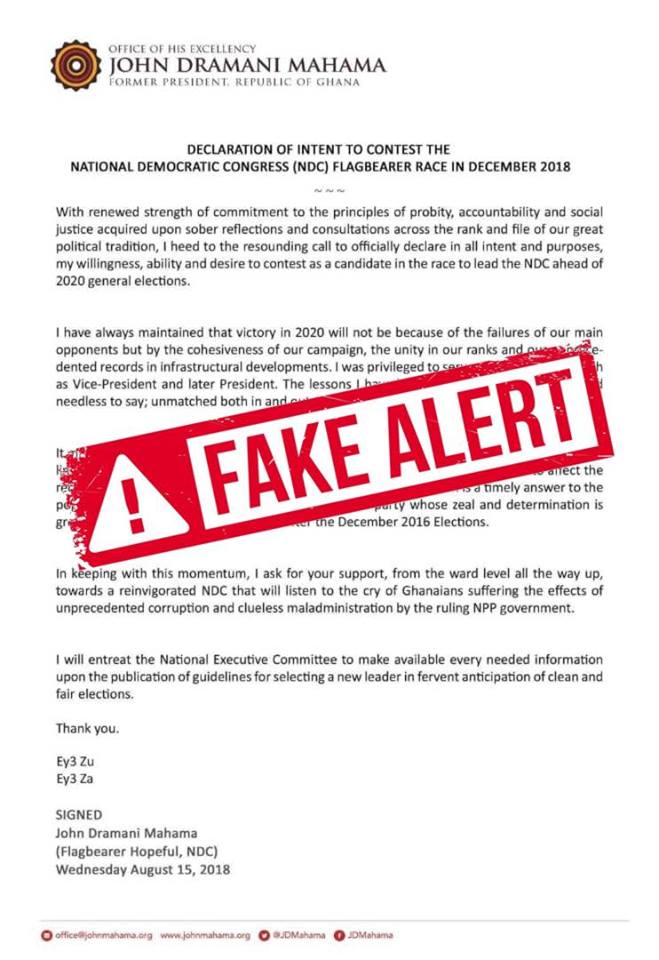 According to him, the NDC would lose the elections if the party presents John Mahama as the presidential candidate.

The National Democratic Congress (NDC) MP for North Tongu, Samuel Okudzeto Ablakwa has given a strong indication that former president John Mahama will contest for the party’s presidential ticket ahead of the 2020 elections.

Mr. Ablakwa remains confident that Mr. Mahama is the overwhelming favorite to lead the NDC into the next general elections.

He has predicted that Mr. Mahama would claim at least 85% of the votes in the race.

A former Deputy Speaker of Parliament, Ken Dzirasah has said the former Krowor Member of Parliament, Prof. Joshua Alabi, is the best candidate to represent the National Democratic Congress (NDC) in the 2020 elections. 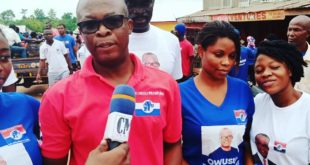