THE 19-year-old girl, who was captured being seriously bonked by three boys in a video, has reportedly shown remorse.

Aisha, alleged to be a graduate of St. Louis Senior High School (SHS) in Kumasi, has been in the news for negative reasons this week.

This follows an obscene short video, which had gone viral on social media, in which the light-skinned Aisha was seen in a stunning sex escapade with three boys.

In a latest audio tape, a voice, said to be that of Aisha, was heard weeping uncontrollably over the leaked sex video.

Aisha, who was in tears, said she was not aware that such an obscene video, involving her and the three boys, ever existed.

Sounding remorseful, she disclosed that it was her mother, who informed her about the video, adding that she is traumatized.

The light-skin teenager was chatting with her friend. She said she had been verbally abused over the video.

In the short video, Aisha was surprisingly captured offering free sex to two boys in a room, with music being played in the background.

The two dark-skinned boys, who seemed to be in cloud nine, were seen bonking Aisha in various sex positions, notably doggy style.

Another boy, who was also in the room, was heard running commentary on the act as he also recorded the sex bout on his mobile phone.

Reports making round indicate that the boy, who recorded the act, also bonked Aisha, who seemed to enjoy how the boys bonked her.

There was no point in the video that Aisha resisted the act. Rather, she seemed to be urging the boys on as they enjoyed her body.

So far, it is not clear as to why the obscene video, said to have been recorded some months ago, was eventually leaked onto the social media.

There are rumours that the three boys intentionally leaked the bonking video on social media just to tarnish the image of Aisha.

It would be recalled that a similar bonking video, recorded at Bantama in Kumasi, captured five boys bonking a teenage girl.

However, in that video, the teenage girl continually resisted the act but she was overpowered by the school boys, who bonked her.

The matter was eventually reported to the police and the boys were arrested, arraigned and sentenced into various prison terms. 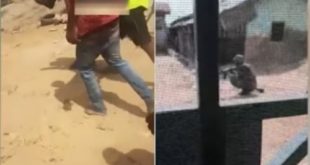 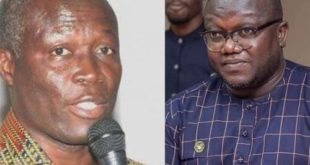