Uganda Govt to improve lives of locals in refugee-hosting districts

Under the Development Response to Displacement Impacts Project (DRDIP), the government seeks to enhance environmental protection, social services and economic activities in the areas.

Speaking during the launch at Itula Secondary School in Moyo District, Dr Robert Limlim, the programmes manager, said the project will run for five years under the Office of the Prime Minister (OPM).
“The development objective of the DRDIP is to improve access to basic social services, expand economic opportunities and enhance environment management in the refugee hosting districts and communities,” Dr Limlim said.

In Adjumani, the first phase of the project will include the construction of an outpatient department at Openzizi Health Centre III, installation of a 10,000-litre capacity water tank and a solar power unit at the cost of Shs400 million

Mr Alex Chelimo, the chief administrative officer, revealed in the last financial year, the district received Shs1.6 billion to implement six community projects.
“All the funds to sub-projects have been transferred and operational funds utilised and accounted for. The level of implementation of the project is satisfactory and technical staff members have dedicated their time in the support of the community groups and this has resulted in the successful completion of the procurement process and execution of the works up to 55 per cent with very minimal challenges,” Mr Chelimo said.

Obongi County MP Hassan Kaps Fungaroo called for transparency and accountability in order to ensure value for money.
Gen Moses Ali, the First Deputy Prime Minister, said the LRA insurgency affected development in the region. “We are now behind by 10 years in terms of development because of the war,” he said.

Challenges. According to a study by the Economic Policy Research Centre, people living in Uganda’s refugee hosting districts – both people from host communities and refugees – are deprived of basic services such as water, sanitation and shelter.
Cause. Uganda government allocates resources based on resident population, which disadvantages border and refugee-hosting communities sharing services with nationals of neighbouring countries. For instance, health planners in Arua, Busia, Koboko and other frontier towns perennially report faster stock-out of medicines, including anti-retroviral drugs, because they cannot turn away neighbours, who are not budgeted for, when they show up for treatment.
Numbers. In the West Nile districts of Moyo and Adjumani, the South Sudan refugees are said to outnumber the citizens. 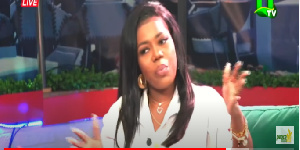 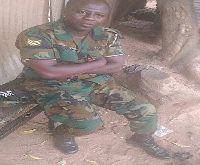