A seven-member committee constituted by the Ashanti Regional Health Directorate to investigate how a 30-year-old pregnant mother and her unborn child died at the Suntreso Government Hospital has submitted its report to the directorate.

Although the content of the committee’s findings is yet to be made public, Citi News has learnt that the directorate will by close of this week submit the report to the Director General of the Ghana Health Service (GHS) for onward submission to the Minister of Health for advice.

The committee, chaired by Deputy Director in charge of Public Health at the Directorate, Dr. Yeboah Ewudzi, was tasked to investigate the cause of the death and other concerns the bereaved family had raised.

Citi News has learnt that the committee, which spent two weeks to investigate the matter interviewed members of the bereaved family, the medical doctor and nurses who were on duty when the incident happened, and other witnesses.

The matter begun after a young pastor of the House Faith Ministry in Kumasi, Pastor Solomon Lamour Latif, who lost his wife and unborn baby at the hospital threatened to sue the hospital for possible negligence.

Pastor Lamour Latif blamed the death of his wife, Angela Afriyie Agyemang and baby on negligence on the part of health workers who were on duty when she went into labour.

The young pastor, who was expecting his first child after one and half years of marriage accused health workers on duty at the Suntreso Government Hospital of leaving his pregnant wife who was in deep pain to her fate to die.

Sources say the Regional Director is expected to furnish the Director General of the Ghana Health Service and the Minister of Health with a copy of the report by close of this week.

The bereaved family, who will not immediately comment on the outcome of the investigations, says it is awaiting the details of the committee’s findings. 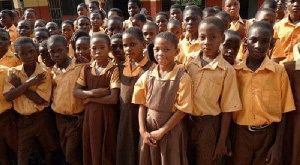