The 26-year-old winger was a regular at St James’ Park last season, but struggled to replicate the form he showed in the Championship.

The return of Kenedy, on loan from Chelsea, makes it likely that Atsu’s game time shall be far more limited for the Magpies this time around.

The former Chelsea wideman could well be open to a move elsewhere in order to secure regular football, and with Benitez needing to sell, West Brom should pounce.

At Championship level, Atsu has impressed in the past, having notched 5 goals and racked up 3 assists over the course of Newcastle’s 2016/17 title winning campaign.

Previous I’ll contest GFA presidency; Kwabena Yeboah will be my Aide – Grunsah
Next Churches’ businesses will be taxed – GRA 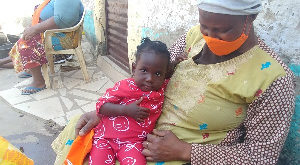 A year and a half old baby, Blessing, who was rescued from a public toilet …