Over 100 volunteers evacuated by Spanish Embassy after suspected charity scam

Hundreds of young Spanish volunteers were last Thursday evacuated from Ghana after a disagreement with an aid project they signed up for via Instagram descended into chaos.

Yes We Help, founded by self-styled entrepreneur Yago Zarroca, signed up more than 1000 young people for its promised summer programmes in far-flung destinations such as Ghana and Sri Lanka – or so the Barcelona-based group claimed.

Lured by Instagram pictures of smiling volunteers embracing African children and promotional posts from a handful of “Insta-Celeb” influencers, the volunteers paid €850 each for their stays – not including travel, visas or vaccinations.

But participants complained they had arrived in the Ghanaian town of Winneba to find the projects either in a state of complete disarray, or non-existent.

According to Telegraph.co.uk, supposed leaders were either absent or drawn from the volunteers themselves, while materials or funds needed for projects were missing.

Volunteers complained of being left without beds or food and in some cases accommodation entirely as promised stays were cut short.

On Thursday, more than 130 volunteers – most aged between 16 and 24 – were evacuated out of Ghana by the Spanish Embassy after being threatened by a group of armed men – allegedly sent by Yes We Help itself.

Those in Ghana mounted a protest with a banner denouncing “fraud”, while a participant in Sri Lanka posted to Instagram a song calling on Mr Zarroca to “come out of his hotel” and explain himself – a move which, he told Spanish newspaper La Vanguardia, drew a threat of legal action.

Mr Zarroca himself appeared concerned only with filming and urging them to recruit other volunteers “influencers”, Itziar, an 18-year-old from Madrid, told The Telegraph.

Another 17-year-old, who wished to remain anonymous, said the volunteers believed Mr Zarroca himself had called in the “mercenaries”, while Spain’s foreign ministry also blamed Yes We Help.

Rafael Jariod, head of Catalonia’s Small and Medium NGO Alliance which has taken up the case, told The Telegraph Yes We Help was a profit-making business facing allegations of questionable practices.

Neither Mr Zarroca nor Yes We Help – which since removed its claim to be an NGO from its webpage – responded to repeated requests from the Telegraph, while a main contact number was no longer active.

Meanwhile, the Spanish Embassy in Ghana has declined comment on the matter due to the “data protection law in Spain”.

“Sorry we cannot disclose any information about Spanish nationals due to the data protection law in Spain,” the Spanish Embassy said in an emailed response to GraphicOnline. 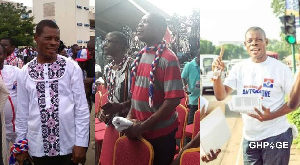 I campaigned for NPP out of frustration – Waakye 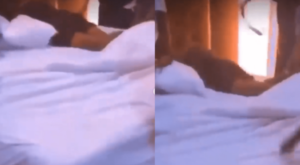 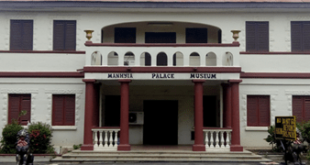