Parliament on Saturday deferred the decision on whether to reprimand or suspend the Member of Parliament (MP) for Assin Central, Mr Kennedy Agyapong, for making contemptuous remarks of Parliament to the next meeting of the House in September, 2018.

Journalists were ready with their cameras, audio recordings and note pads to cover the expected decision on either to reprimand him or suspend him as recommended by the Committee of Privileges.

But the ‘hopes’ of the journalists were dashed after conducting other businesses in the House, the Speaker of Parliament, Professor Aaron Michael Oquaye, asked the minority and majority leaders, Mr Haruna Iddrisu and Mr Osei Kyei-Mensah-Bonsu, to give concluding statement for the end of the Second Meeting of the Second Session of the Seventh Parliament.

When contacted on the issue, Mr Kyei-Mensah-Bonsu told journalists that at the pre-sitting meeting, the decision was taken that the House should not end the meeting with differences.

He said they, therefore, decided to defer the decision on Mr Agyapong.

Mr Kyei-Mensah-Bonsu denied the suggestion that the matter was not taken because Parliament wanted to protect its own.

The Committee of Privileges concluded that “Mr Agyapong is indeed in contempt of Parliament for the remarks he made that “Parliament is cheap” and “Parliament is useless.”

It reached the conclusion after carefully considering the matter in the light of the totality of the evidence gathered and in accordance with the provisions of the Constitution, the Standing Orders and other relevant enactments.

It accordingly, recommended to the House to adopt its report and sanction Mr Agyapong by suspending him for the rest of the session or reprimand him.

On June 6, 2018, the MP for Asawase, Alhaji Mohammed-Mubarak Muntaka drew the attention of the House to an alleged disparaging comment made by in the media to the effect that ‘the House is useless and cheap and if the House was not useless, it would not have Hon. Osei Kyei-Mensah-Bonsu as its Majority Leader.”

Alhaji Muntaka indicated that the alleged comments were in contempt of Partiament under Standing Order 28 of the House, and prayed the Chair to refer the conduct of Mr Agyapong to the Committee of Privileges for investigation and report.

In accordance with Standing Order 164(2) of the House, the complaint was referred to the Committee of Privileges for investigation and report.

Responses at the sitting

The report of the Committee of Privileges indicated that Mr Agyapong admitted that he was the person in the video.

It said he also admitted that he uttered the words “Parliament ayefo” in Twi meaning “Parliament is cheap” but denied he said “Parliament foo” meaning “Useless Parliament.”

He explained that he made the statement “Parliament is cheap” out of extreme anger.

The report said having carefully watched the video evidence submitted by the Complainant, the committee was convinced that contrary to the denial by Mr Agyapong, he “indeed made those disparaging comments that “Parliament ayefomeaning “Parliament is cheap” and “Parliament foo” meaning “Useless Parliament”.

“The Committee determined that the comments by the Hon. Member affront the dignity of Parliament and he is therefore guilty of contempt of Pariament in terms of Article 122 of the Constitution and Order 28 of the Standing Orders of Parliament”, it said.

Per the rules, where a Member is found by Parliament to be guilty of contempt of Parliament, Parliament may direct that the Member be reprimanded in the Member’s place by the Speaker.

With the suspension, where a Member is found by Parliament to be guilty of contempt of Parliament, Parliament may suspend the member from the service of Parliament for a period not exceeding nine months, whether or not that period extends beyond the end of the session.

The MP shall forthwith leave the precincts of Parliament and shall not enter them again while the suspension continues, he shall forfeit the allowances to which the Member would otherwise be entitled as a Member in respect of the period of suspension. 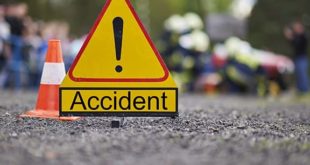 A policeman has been arrested together with three others, including a small-scale miner for allegedly …