At least one person has been confirmed dead with six others including a young girl severely injured after a Kia truck loaded with cement blocks ran into traders along the major Traffic Light intersection close to the Ashaiman Market.

The incident occurred on Thursday morning when the truck’s break failed, forcing the driver to lose control of the vehicle, and in the process running into the street hawkers.

The truck also damaged five other vehicles which were parked along the road. 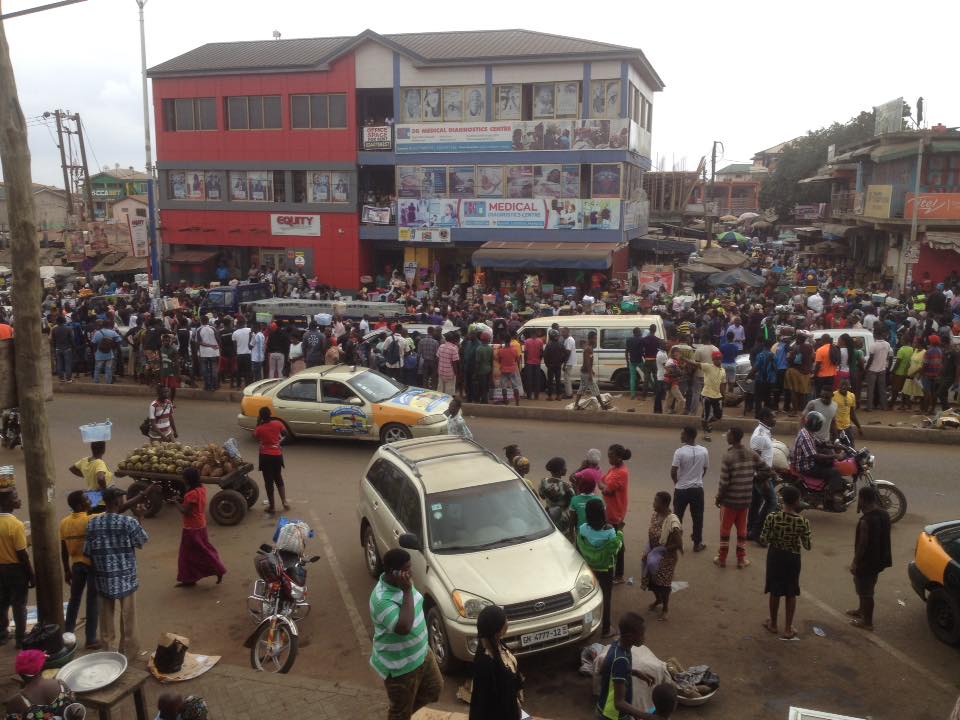 The Ashaiman Divisional Police Command, which is currently investigating the matter, says it is on a manhunt for the driver who could not be found after the crash.

According to some eyewitnesses at the scene, the Kia truck, with registration number ER 5112 X, was spotted from a distance when it failed its breaks and veered off the main road.

“Some of us had to run for our lives upon seeing the truck approach, but unfortunately those affected were busily doing business and could not notice the truck. It then run into them killing one instantly and injuring six others”. 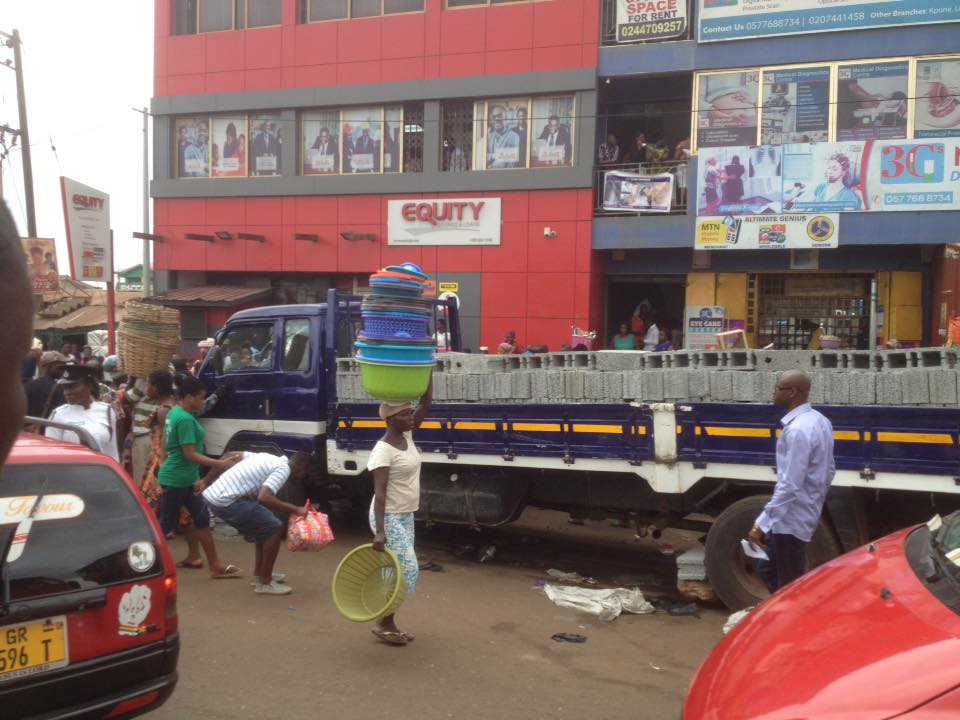 Hawkers within the Ashaiman Municipality are known for selling on the streets of almost every major road in the area, and several attempts to get them off have proven futile.

Most of the roads in the busy parts of Ashaiman particularly around the major lorry terminal and the market area, as well as the major traffic intersection, have become very narrow because traders have taken over, making it difficult for both cars and humans to move freely.

The Ashaiman Divisional MTTD commander, DSP Isaac Kojo Forson, in an interview with Citi News noted that the police have taken the matter up and are looking out for the driver. 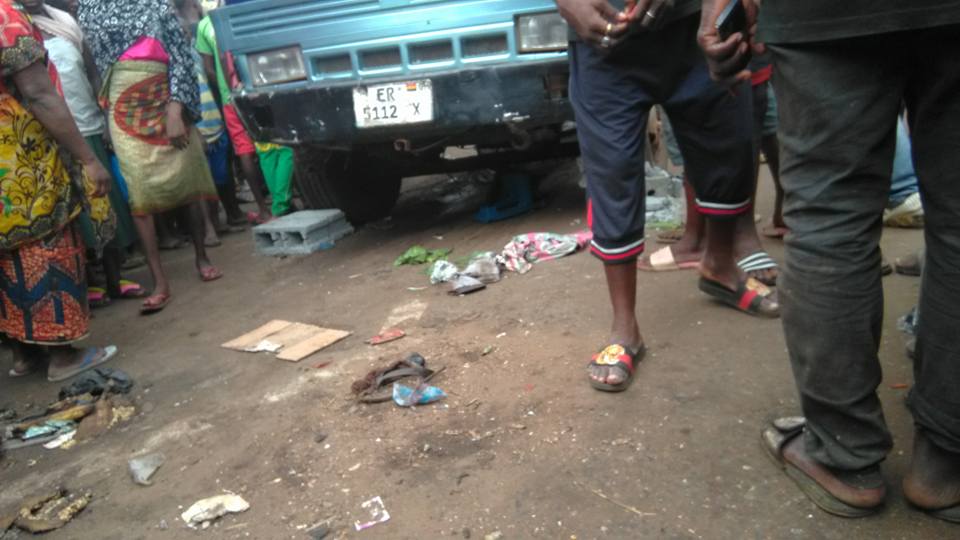 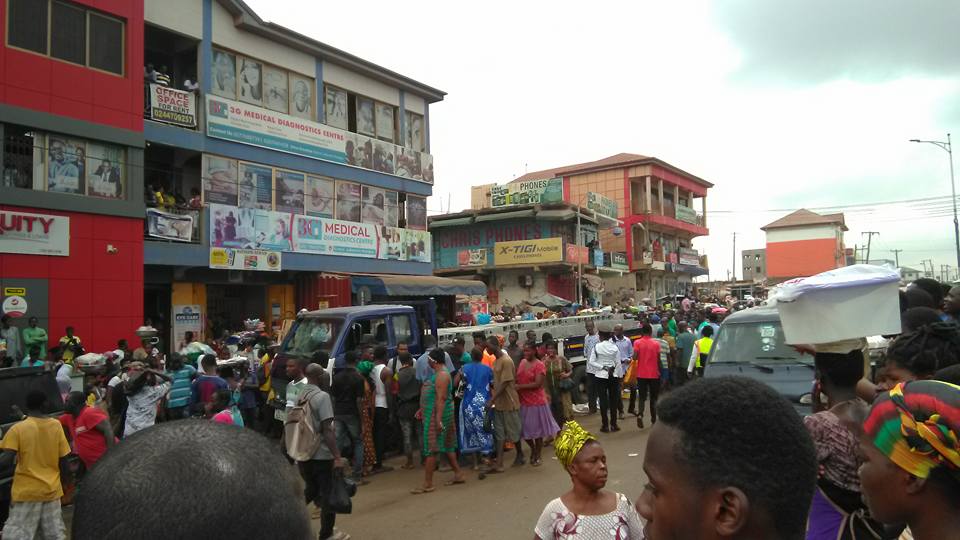 He also cautioned traders to desist from selling on the shoulders of the road due to the danger it exposes them to.

He further revealed that an emergency meeting would be held to ensure that the hawkers are and commercial motor riders who have taken over major streets are removed from the shoulders of the road.