Six men, believed to be members of an armed robbery gang that murdered a motor rider and took away his bike in June this year at Akatsi have been rounded up by the Police at different locations after investigations.

The suspects, whose names are being withheld were picked up variously at Ashaiman, near Tema, Akatsi, Ho and Sogakope, while others are on the run.

The deceased, Dotse Agbanu, 28, newly married with no child yet, hailed from Agabnukope in Akatsi.

The suspects have since appeared before a Magistrate Court at Akatsi charged with conspiracy, murder and robbery are being held under very heavy security.

Their pleas were not taken and were remanded into police custody to reappear on August 15, this year.

A source close to the police told the GNA that sometime in June this year, the deceased left home in the evening with his motorbike but failed to return after midnight as was usual with him.

According to the source, some persons, however, chanced upon the body of the deceased lying in a pool of blood at a cemetery on the Anyieme-Akatsi road, with apparent multiple machete wounds and so raised an alarm.

The source said investigations revealed it was an act of robbery, leading to the arrest of the group, but the motorbike is yet to be retrieved.

The body of the deceased is currently being kept at the Police Hospital morgue in Accra, pending autopsy and further investigations. 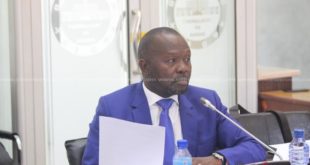