Home / We exchanged fire with the seven suspected robbers – Police

We exchanged fire with the seven suspected robbers – Police

The Ashanti Regional Police Command has revealed the circumstances that led to the shooting of seven suspected armed robbers at Ayirebikrom near Manso Nkwanta on July 13. 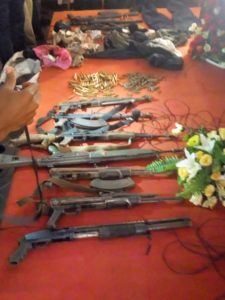 According to the Ashanti Regional Police Commander, DCOP Akwasi Mensah Duku, the seven out of eight suspected robbers were gunned down while in the process of trading bullets with the Police in the Ashanti Region. 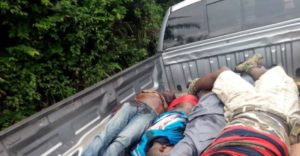 He said, “We exchanged gunfire with the seven deceased at Manso Nkwanta when the police signalled to stop; they refused and started firing at the police and the police return fire that led to their death.” 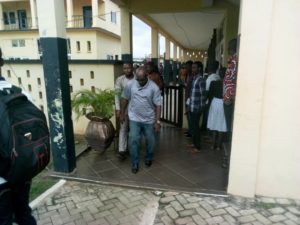 The incident has stirred a national discussion and left the deceased families traumatised with some protesting the killing as they insist that the Police wrongfully gunned down their ‘innocent’ relatives. 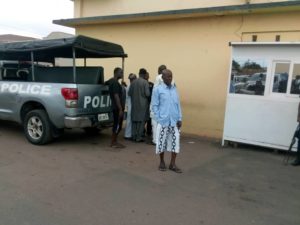 They said all the seven killed are innocents and had never in anyway committed any crime against the police or civilian.

7 suspected robbers gunned down in Kumasi

The Police announced on Tuesday that seven out of the eight suspected robbers, whose attack reportedly led to the death of a Police Officer with the SWAT Unit of the Ashanti Regional Police Command, had been gunned down.

The deceased officer, Lance Corporal Daniel Teiku, was on duty with his colleague, Lance Corporal Eric Nsiah, when eight masked men attacked the vehicle they were travelling in at Ayirebikrom near Manso Nkwanta.

The two were on board a Sprinter Benz Bus with registration number AC-644-15 when eight masked men armed with AK 47 assault rifles and a pump action gun attacked the passengers at the outskirts of Ayirebikrom on Wednesday, July 11, 2018.

The two police officers were overpowered by the masked men and were shot alongside with other passengers on board.

At a media briefing in Kumasi, DCOP Kwasi Mensah Duku said, their intelligence revealed the criminals were planning another attacked so the police mounted surveillance.

He said the police spotted the suspects in a Toyota Corolla car with one on a motorbike. The deceased refused to stop when the police signalled them and they suspects started firing at the police which led to the gun battle.

He said investigations have began to ascertain facts of the matter.

He appealed to the general public to continue to provide information to the police to curtail robbery activities across the country.

VIDEO: I love Patapaa’s D**k And How He Respects Me – Wife of Patapaa Say As They kiss On Neat FM

National Chairman of the National Democratic Congress (NDC) Dr. Samuel Ofosu-Ampofo has said that the forefathers of the party …