Four of the five persons who were killed in flood waters at Asabi junction last month’s Kumasi flooddings were on Saturday, July 14, 2018 buried after requiem service was held for them at the Asokore Mampong MA Primary School Park. 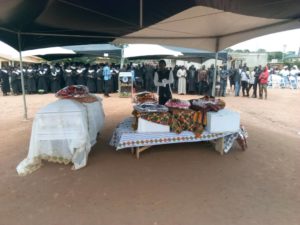 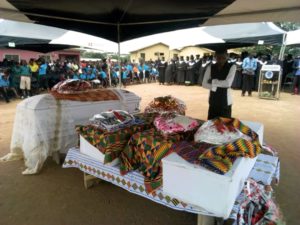 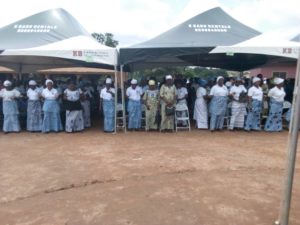 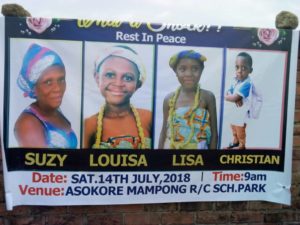 They were among eight people pronounced dead after last Thursday July 5, 2018 heavy downpour in the Ashanti regional capital Kumasi including Asabi junction and Aboabo communities all in Asokore Mampong municipality when  River Sissa had overflowed its bank and entered their shops. 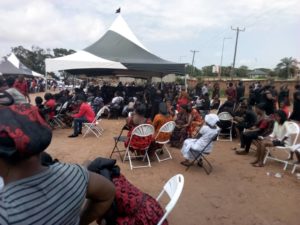 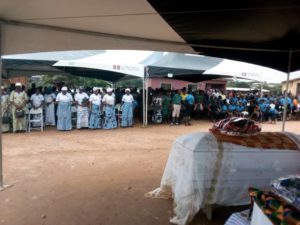 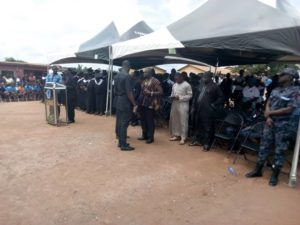 It was a sad moment for relations and colleagues of the deceased persons as their mortal remains were conveyed to the cemetery for burial after a nondenominational requiem service also attended by MyNewsGh.com reporters.

The bereaved families were inconsolable as they wept bitterly when their caskets were taken from the service ground onto a waiting hearse to their final resting place.

Even those who mustered courage and attempted not to weep eventually broke down emotionally and ended up weeping uncontrollably triggering a general wailing.

Speaking at the burial service, the municipal chief executive of Asokore Mampong Alhaji Alidu Seidu, stressed assembly and government have the responsibility of taking care of residents and most specifically on those affected by the disasters.

“On behalf of the President Nana Addo Dankwa-Akufo Addo and myself I brought you comforting message, as you know, in few weeks we have experienced heavy rains which was not expected killing many people and damaged properties in the municipality as well as the entire region, so today we comfort you” Hon. Alidu Seidu hinted.

He reiterated that government and the assembly will continue to support the affected persons through direct and long term interventions.

“Though the government and the assembly will continue to assist you, you should also play your part by relocating from high risk zones and resettle in a safe places he said.

On his part, the Asokore Mampong Municipal Police Commander, Deputy Superintendent of Police (DSP), Thomas Acheampon disclosed the police will do everything possible to ensure maximum protection for the residents as well as properties in their jurisdiction.

Previous Over 190,000 SHS graduates to miss varsity due to failure in Mathematics
Next Akufo-Addo can’t do anything if you don’t change your mindset – Pastor to Ghanaians