Home / Over 190,000 SHS graduates to miss varsity due to failure in Mathematics

Over 190,000 SHS graduates to miss varsity due to failure in Mathematics

The massive perennial failures in the West African Senior School Certificate Examination (WASSCE) have been repeated as 193,882 candidates, representing 61.67% of all candidates who sat for the examinations, failed to obtain the minimum pass mark in the core three subjects required for admission into universities in the country.

This means that out of the 315,621 candidates who sat for examinations, 120,519, representing 38.33%, obtained A1 – C6However, the performance of candidates who obtained grades A1-C6 in Mathematics and English Language dropped by 4.4% and 7.27% respectively when compared with the 2017 results. Candidates had to obtain A1-C6 in three core subjects; namely, Mathematics, Integrated Science, and English Language, to be considered for admission into universities in Ghana.

It is important to note that the cut-off point for admission requirements of universities in the country is grade C6.

A statement signed by Mrs. Agnes Teye-Cudjoe, the Head of Public Affairs of WAEC Ghana, said based on the provisional results, the A1-C6 performance in Social Studies showed a 21.02% improvement over that of 2017, with 52.25% to 73.27%.

6.86% improvement for A1-C6 in Integrated Science

1,378 Registered but did not write WASSCE

The statement said a total of 1,378, signifying 0.43% of the candidates who registered, were absent from the examination.

It said the entire results of 26,434 candidates have been withheld pending the conclusion of investigations into various cases of examination malpractice detected during and after the conduct of the examination.

The statement said the withheld results would be canceled if the candidates were found culpable, or released if otherwise.

The examination was conducted for 946 participating schools.

It said the council would dispatch the results to the schools, and candidates are advised to contact their heads of school for their results.

The statement said the council had posted the results online and candidates who so desire may access their results at the council’s website.

The statement said the council is alerting members of the public, especially candidates, to be wary of anyone who promises to change examination results for a fee.

It said candidates are to note that all WAEC results are well secured and can be authenticated, and people with forged results would be exposed.

It expressed its deepest appreciation to all stakeholders, especially the Ministry of Education, Ghana Education Service (GES), supervisors, invigilators, the Ghana Police Service, examiners and all who in various ways helped in the successful conduct of the examination and the timeous release of results.

Meanwhile, the Ministry of Education has directed the National Council for Tertiary Education (NCTE) to review its stance on D7 and E8 and submit a report about the possibility of getting students with such grades admitted into universities.

Professor Kwesi Yankah, Minister of State in charge of Tertiary Education, who disclosed this, bemoaned that many students could not pursue their academic ambitions and had become street hawkers due to the stance on credit passes in Mathematics and Science.

“Take the example of a candidate with D7 or E8 who has not failed in Mathematics and Science anyway seeking to go to the university to do history, or a subject in humanities and social sciences that will need little mathematics,” he said.

“Let us encourage those who are aiming at mathematical sciences or engineering and insist that they get credit passes before they move on. But let us not insist on credit for those whose future studies have very little to do with mathematics,” he added.

He said the government was also reforming the structure and content of the educational system from merely passing an examination to building capacity and nurturing values to raise literates who would be confident to engage citizens and could think critically to solve problems.

“People must be equipped with the necessary skills and attitudes that will enable them to compete with the best in the world. The government believes that all the hopes of Ghanaians for a brighter future will not be successful unless the country is able to resolve its education crisis,” he stated. in all the three core subjects.

The performance of candidates who obtained grades A1-C6 in Integrated Science and Social Studies recorded 6.86 and 21.02 improvements respectively, compared to 2017. 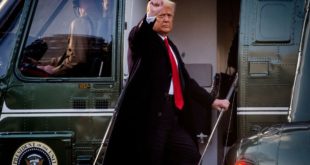 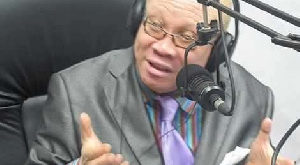