Deputy Minister of Information, Kojo Oppong Nkrumah has dismissed suggestions that government is in a fix as far as the funding and implementation of the free SHS policy is concerned.

Mr. Oppong Nkrumah said though the first year of the free SHS policy was initially fraught with some challenges, government subsequently tackled them.

He insisted that the government was ready to deal with the increased numbers of students expected in the second year of the programme.

“It is incorrect to say government is in a fix regarding the free SHS system. In the first year of the free SHS system, the initial challenge was that we could not find the money to fund it. Budgetary allocation of about 400 million cedis was made available. We funded it and about 90,000 students who did not have an opportunity to go to school did. In this second year, we are envisaging a larger number going into Senior High School.”

The government implemented the free Senior High School program in September 2017, in fulfillment of a major campaign promise in the run-up to the 2016 election.

There have however been some challenges with funding and logistics since the programme took off.

In order to address these challenges, some have suggested the setting up of a voluntary fund within the school system, which will allow people to contribute towards the policy voluntarily.

One of such individuals is President of Ashesi University, Patrick Awuah, who has also proposed that government focuses on having more day schools instead of the boarding system.

”I think the boarding schools are serving an important purpose because now we do not have enough Senior High Schools but all new high schools that are built should be day schools, and they should be as close to communities as possible so it will be just a walking distance or a short bus drive away from the kids. If you do it that way, you have a much more sustainable system,” Mr. Awuah had suggested.

As the debate over funding of the free SHS programme continues, Education Minister, Dr. Mathew Opoku Prempeh has said enrollment under the Free Senior High School policy for September 2018 will cover more beneficiaries than in 2017.

He disclosed that there had been a 10% increase of prospective beneficiaries who have registered under the policy this year with placement expected to increase by 30% from last year.

Previous Policy failure cause of challenges in health sector – MP
Next VAT Increment: ‘Kumi Preko’ martyrs will turn in their graves – Pratt 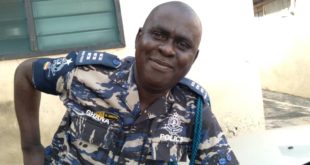 The United States of America will Wednesday, January 20, 2021 make history by swearing in …