Over 200 fishermen and fishmongers on Friday, demonstrated at the Albert Bosomtwi-sam Fishing harbour in Sekondi in the Western Region over the pending ban on all fishing activities offshore beginning August 2018. 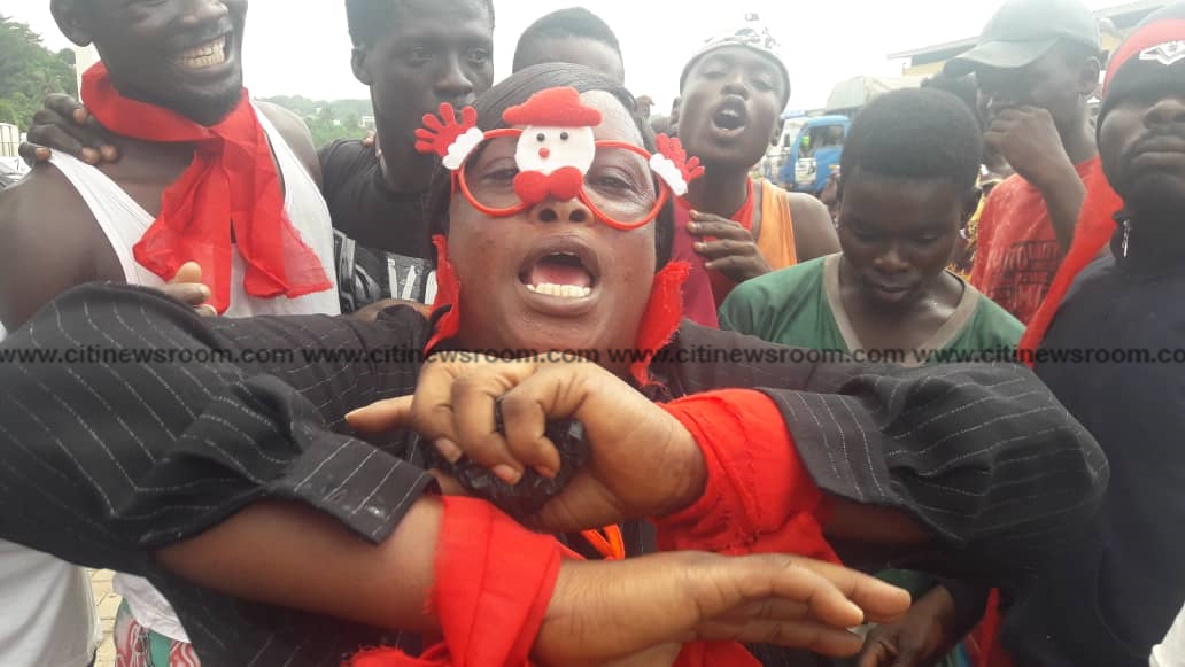 They say even though they agree in principle to the ban, the timing is wrong.

Dominating the protest were fishmongers who say the negative effect of the ban on their families will be enormous. 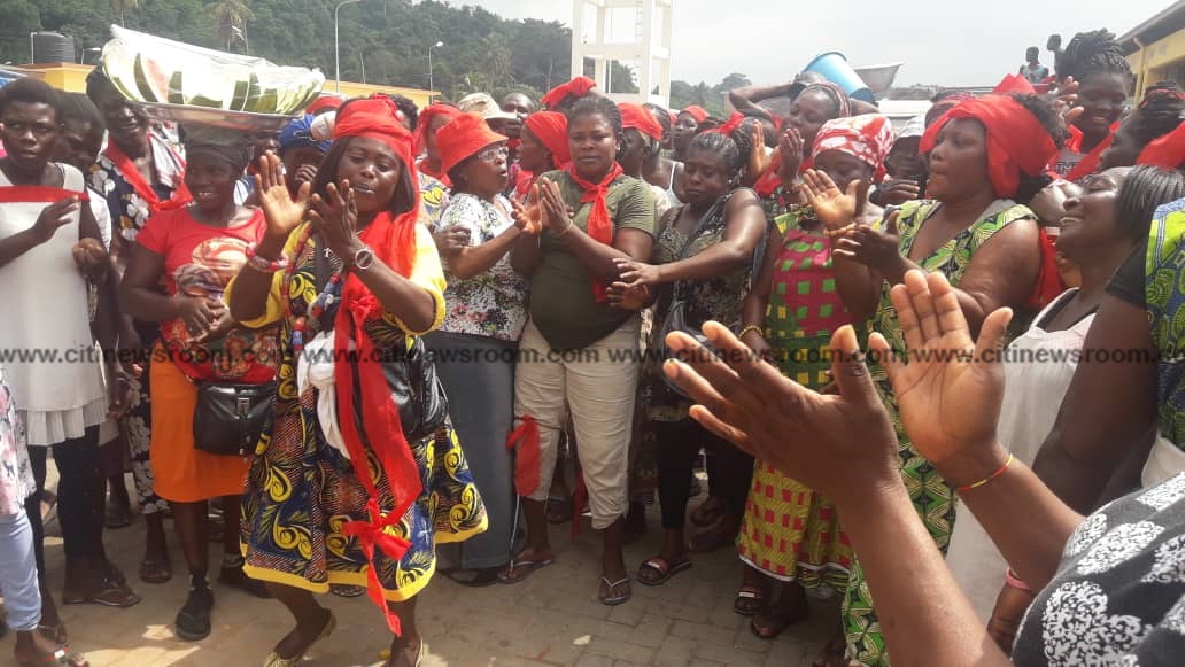 They wielded postcards with inscriptions such as “Sack Afoley Oquaye, No fish, no vote, We are ready for Afoley,” among others. 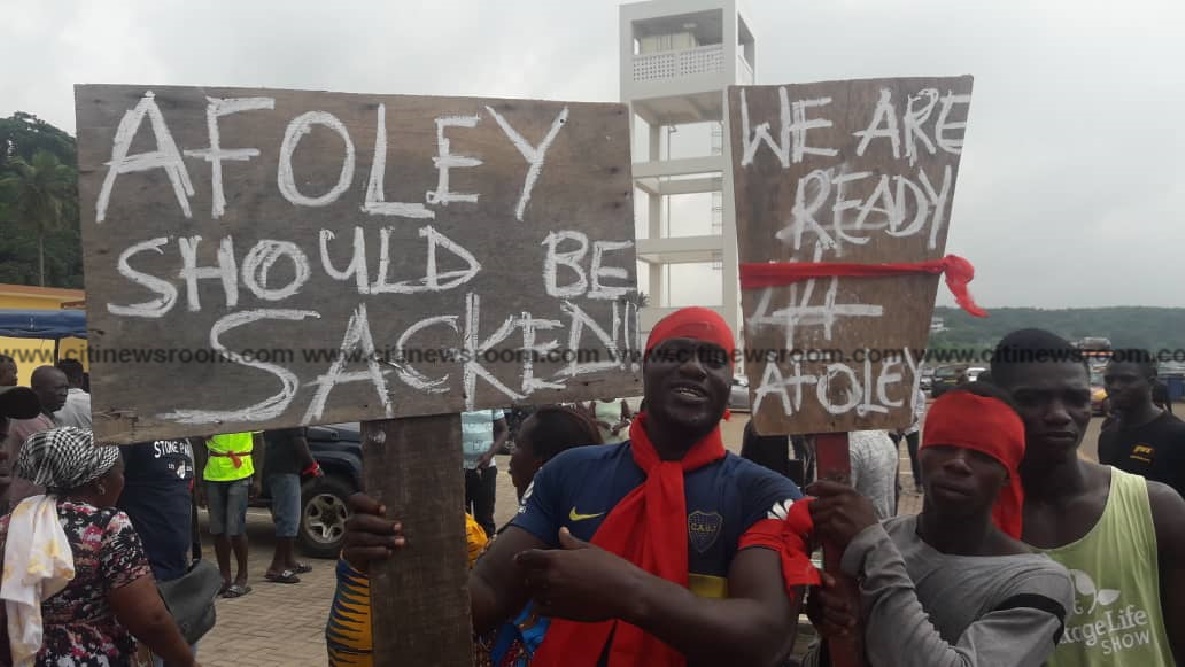 Addressing the press, the Sekondi Chairman for the Ghana Inshore Fisheries Association, Francis Eshun, read a petition which is to be sent to the presidency, lamenting that the intended  August ban is causing tension in the area. 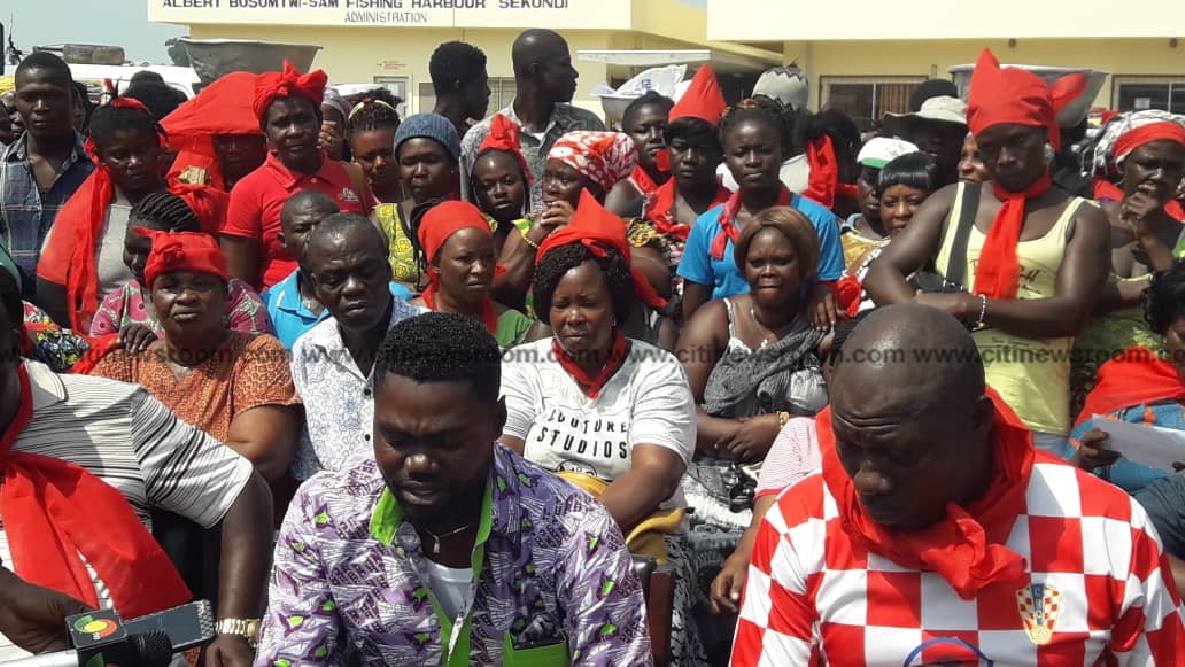 “The mention of August as closed season has raised tension so much that its excesses may result in unnecessary acrimony and violent confrontation which may not augur well for the peaceful development of the fishing industry in the region and the nation as a whole,” he added.

Some fishermen in the Central and Greater Accra Regions have raised similar concerns and asked government to suspend the ban. 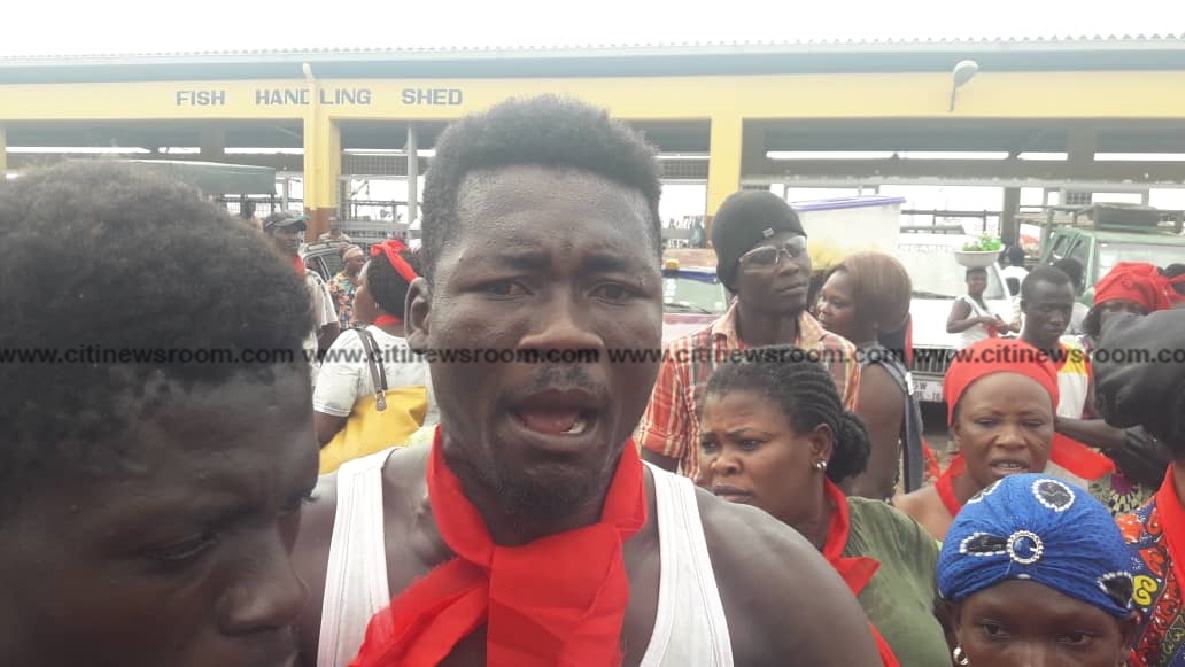 The Paramount Chief of Edina in the Central Region, Nana Kodwo Condua VI, has asked government to consider postponing the 2018 closed fishing season in August to 2019.

According to him, there is the need for extensive education for fishermen “so they could buy into this noble idea”.

The ban is to help restore the dwindling fish stock.

But speaking at 2018 celebration of Bakatue festival at Elmina on Tuesday, Nana Condua VI explained that “this close season is certainly a beautiful idea aimed at helping us the fishermen. We all know the situation with our fish stock. Closing it this August will certainly help a lot, but if you ask my candid opinion, I will suggest we postpone it to next year so our fishermen could own it. They say they just got wind of it from some CSOs and some Fisheries Commission officers.”

“As it stands now, they are complaining to us that they were not given enough time to brace for a no fishing in August. I am urging the stakeholders to consider this plea and also intensify the education at the community level.” 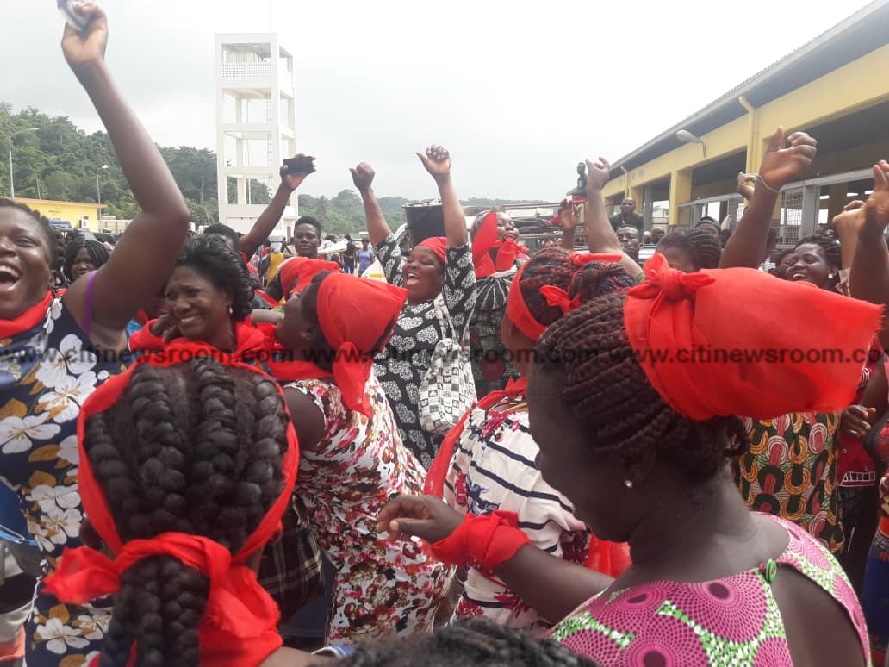 In 2017, the co-convener of the Fisheries Alliance, Richster Nii Armah Armafio, said that the Fisheries Commission was working with the implementers of the Sustainable Fisheries Management Plan Project to bring a halt to all fishing activities for one month this year.

The reason given at the time was that such an act would help in the regeneration of fish stock in Ghana’s fishing waters.

“Scientists are telling us that Sadinella stocks are pregnant around August and so if you have observed when you get them, they have a lot of eggs in them. The idea is to allow August to pass so that they will lay their eggs for the juveniles to go into the wild. The adults will then be available for capture.”

“You need every fish to spawn at least once to keep the cycle going. If we want to restock our fisheries, we need not disturb the spawning process.” 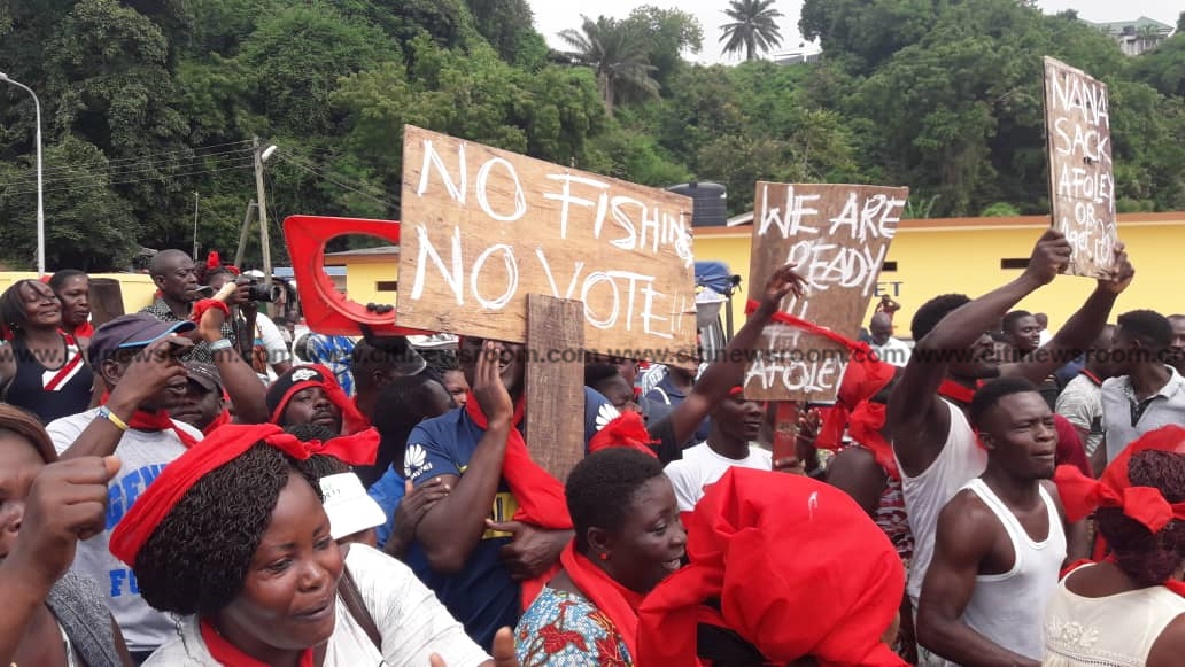 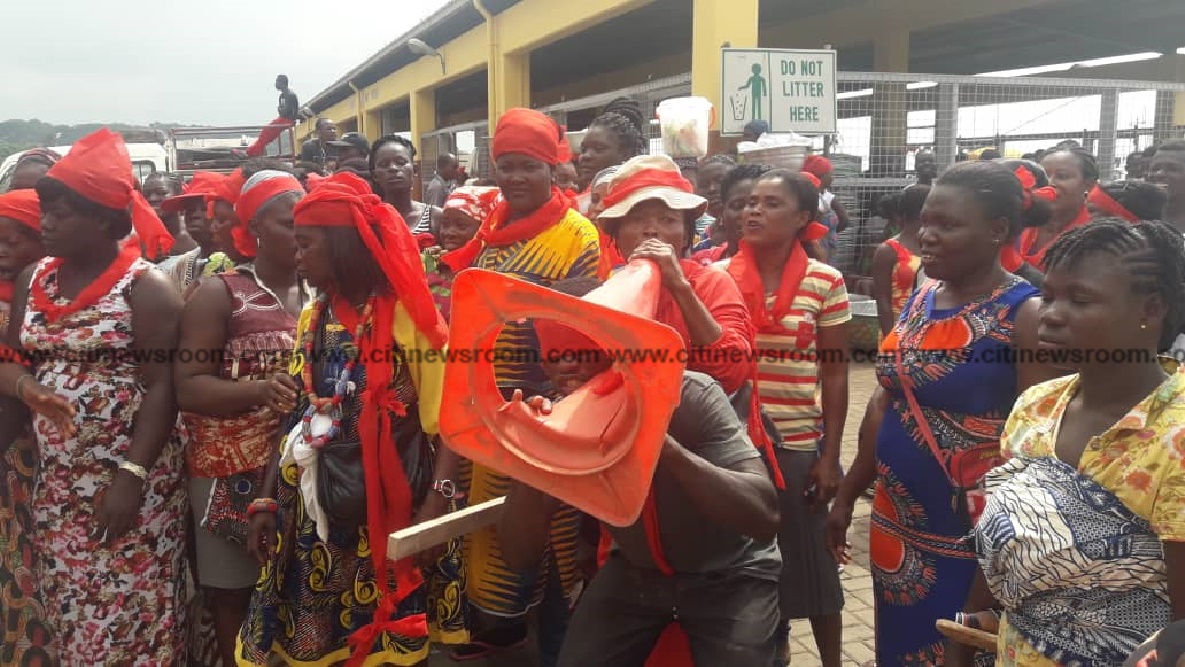