One person is believed to be trapped under a trailer full of cement at Anloga junction in the  Kumasi Metropolis in the Ashanti Region. 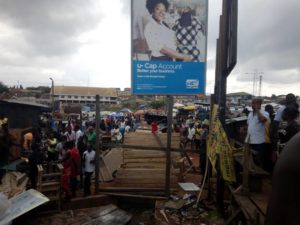 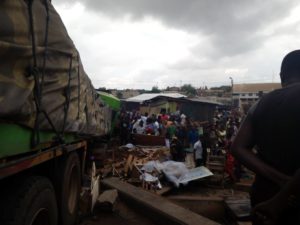 At least two others are in critical condition after the trailer veered off the Anloga intersection into some structures close by. The trailer is also believed to have suffered a brake failure. 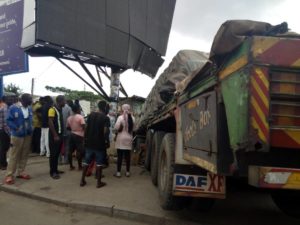 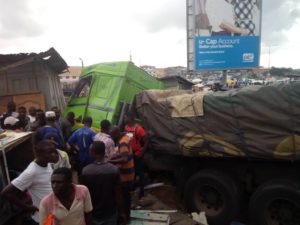 The two have been rushed to the hospital as residents, as well as personnel from the Fire Service and Road Safety, make strenuous attempts to rescue the trapped victim. 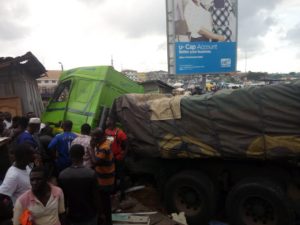 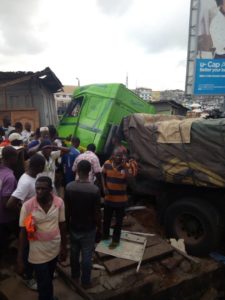 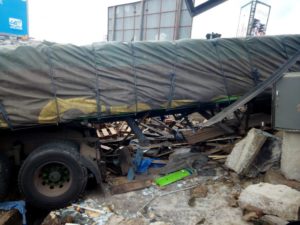 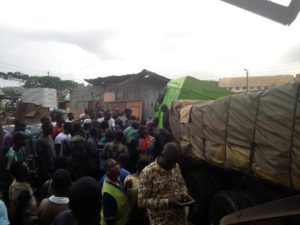 But for a recent demolition exercise which reduced the congestion in the area, the accident would have been even more disastrous, eyewitnesses have said.

The National U-20 football team, the Black Satellites, has gifted the country a huge birthday …

A Takoradi-based gospel musician, Angela Esi Saki-Kordah, has survived a near-fatal accident on the Takoradi …