Education is lucrative and attractive under NPP government – NPP Chairman

The New Patriotic Party (NPP) Chairman for Bosomtwe District of the Ashanti Region, Addai Poku Aikins has observed that Education is lucrative and attractive under the Nana Addo led NPP government.

He stated that Free Senior High School has been implemented, Teacher trainee allowance has been restored, Science, Technology, Engineering and Mathematics (STEM) Academy has been introduced, Inspectorate Board has been equipped and strengthened, government will soon establish a research fund in addition to the book and research allowance to build a cohesive and prosperous Ghana under this government.

According to him, the New Patriotic Party (NPP) has tagged Education as critical in the building of a cohesive and prosperous Ghana, whose children, and young people, are equipped with the requisite knowledge, skills, and aptitudes to compete with the best in the world.

“Education is one of the things we stressed on during our 2016 campaign,so in our manifesto we promised to implement free senior high school for every Ghanaian to get opportunity in the second cycle and we have done it, we promised restoration of teacher training allowance and we have delivered, Science, Technology, Engineering and Mathematics (STEM) Academy has been introduced, infrastructures are underway so now Ghanaians can boast themselves when I comes to education” he indicated.

Mr. Addai Poku Aikins said this in an interview with thepressradio.com on Monday, July 2, 2018.

He added that world leaders have eulogized President Akuffo Addo since the implantation of the free senior high school which indicates that education is lucrative and attractive under the New Patriotic Party (NPP) government.

According to him, education system was in crisis under the erstwhile John Mahama administration.

He said, the then government failed to institute mechanisms and innovations that would make education affordable, restructuring and reorienting so that Science, Technology, Engineering and Mathematics become the driving force to make it lucrative to compete the developed countries.

“The NPP believes that all the hopes of Ghanaians for a bright future will come to naught, unless the country is able to resolve its education crisis and by God’s grace through the innovative and good educational polices the education crisis are solved” Addai Poku boosted.

The long serving Bosomtwe Chairman of NPP, Mr. Addai Poku admitted that though all the promises made by the government in the education sector have not been fulfilled but he is optimistic that by the end for their four year term they will fulfill them. 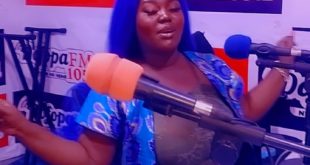