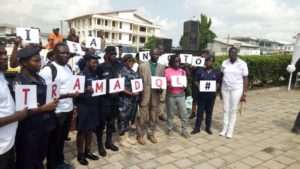 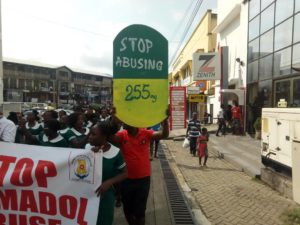 The campaign began with a health walk from Adum pampaso through some principal streets of Kumasi and ended at Baba Yara sports stadium. 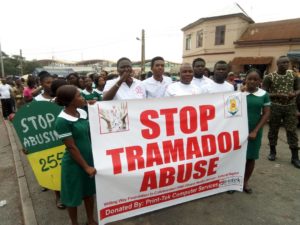 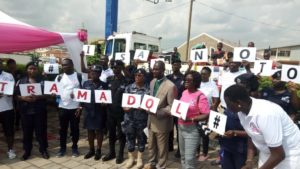 In attendance were Kumawood movie stars, personnel from the Ghana Police Service, Ghana Immigration Service Ghana National Fire Service and the Narcotics control board. The rest are Traditional rulers, senior health practioners and some Kumasi folks. 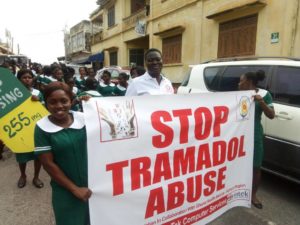 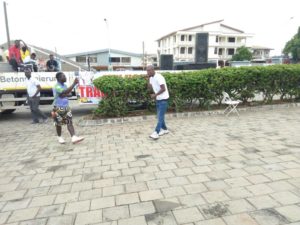 In an address at the Baba Yara sports stadium, founder and leader of the Willing Ways foundation, Madam Lydia Abena Manu, called on government and the health stakeholders to handle the abuse of tramadol as a national issue since it is gradually killing the future of Ghanaian youth.

According to her, about ninety (90) percent of the youth have recently been involved in tramadol abuse cases at the various hospitals and rehabilitation centers.

Madam Manu stated that if the issue is not tackled soon, the country will loose most of it’s productive youth.

She called on government and other philanthropists to support various rehabilitation centers and other advocacy groups who are fighting the abuse of tramadol as the effects will become a burden to Ghanaians.