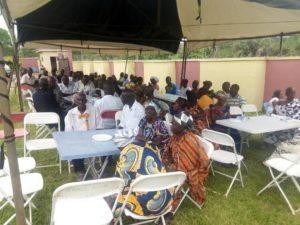 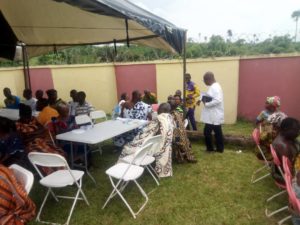 The ceremony was attended by over 500 people including traditional rulers, opinion leaders, heads of government institutions and senior citizens selected by various Assembly members from their electoral areas. 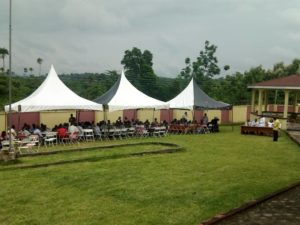 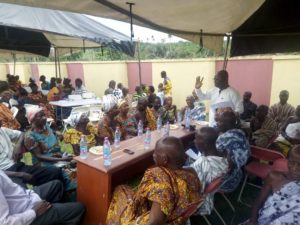 Motive of the event was to mark the 58th republic day and also discuss issues and challenges in the District and find lasting solution to them. 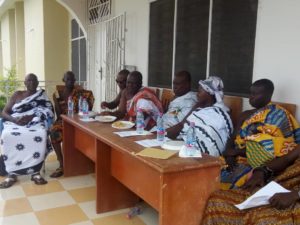 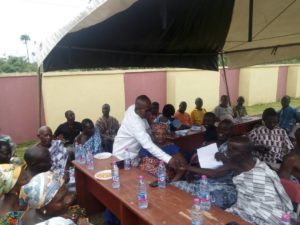 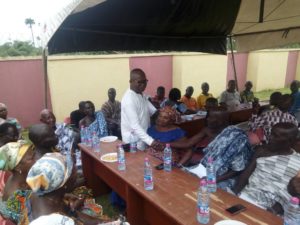 Mr. Asamoah Boateng expressed worry over how teenage pregnancy cases had increased in the area, making the district first in Ashanti region. He says the Assembly and police in the District as part of its measures to fight the menace will soon adopt a strategy which will ensure that teenagers are constantly monitored in order to end or bring down teenage pregnancy.

The Amansie central DCE stated that even though the fight against illegal mining has so far been successful, they will not rest since the ban on small scale mining still holds. He says the Nana Addo led government is interested in making Ghana’s environment a clean one and therefore had to ban galamsey activities in order to lay down proper measures to monitor miners to save the environment.

On education, Mr. Asabee stated that government has now absorbed the Tweapiase Senior High school which hitherto was a private one.

He added that the Jacobu senior High Technical School which was the only government SHS in Amansie central has now gained a model school.

Mr. Asabee called on people of the area, especially the senior citizens not to hesitate in bringing their ideas of developing the District on board as his doors are always opened to hear them out.