As Google remembers her on her 94th birth anniversary, let us tell you a bit of Efua’ story:

Born in 1924 in Cape Coast, Ghana, Efua grew up to be one of the first African women to study at Cambridge University’s Homerton College in England.

After returning to Ghana in 1951, she took up teaching in secondary schools, but also began writing for children. During this time, she co-founded the cultural journal, Okeyame.

In 1958, Efua started the Experimental Theatre Players in Accra, which two years later, became the Ghana Drama Studio and a courtyard theatre. This Drama Studio was originally a workshop for children’s writers, but it quickly became one for playwrights instead.

Efua went on to found the Ghana Society of Writers, later the Writers’ Workshop in the Institute of African Studies,. In 1968, she started a touring theater group called the Kusum Agoromba (Kusum Players).

Efua, dearly known as Aunty Efua, quickly became one of Africa’s most recognised female writers, locally and internationally. She is well known for her plays Foriwa (1962), Edufa (1967), and The Marriage of Anansewa (1975). 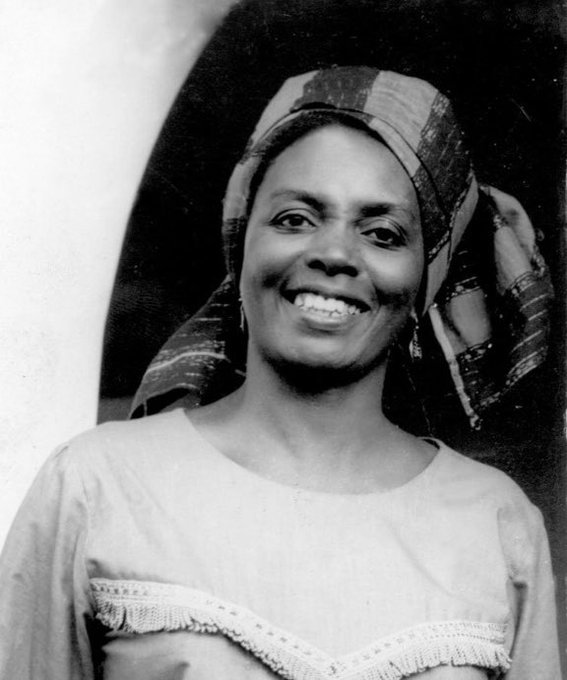 Renowned children’s author, Efua Theodora Sutherland (June 1924 – January 1996) is our woman of courage today. Throughout March, we will be celebrating both Ghanaian and American women history makers. Which of her literary works is your favorite? #WomenofCourage

Efua had also worked on the UN Convention on the Declaration of the Rights of the Child.

She is also given credit for students in Ghana and beyond gainning access to quality education and theater performance through her playwrighting and cultural activism.

“I’m on a journey of discovery. I’m discovering my own people. I didn’t grow up in rural Ghana – I grew up in Cape Coast with a Christian family. It’s a fine family, but there are certain hidden areas of Ghanaian life – important areas of Ghanaian life, that I just wasn’t in touch with; in the past four or five years I’ve made a very concentrated effort to make that untrue. And I feel I know my people now.”