Business mogul and Chairman of Dangote Group of Companies Worldwide, Aliko Dangote, says tax holidays are great sources of revenue that entice companies to invest and have the freedom to expand.

He said with tax holidays, companies had the room to reinvest what they would have paid as taxes to government in order to grow, expand and later pay higher and more taxes to the government, offer greater opportunities and help grow the economy.

Mr Dangote said this at the 2018 African Transformation Forum organised by the African Centre for Economic Transformation (ACET) in Accra last Thursday.

He added that after benefitting from tax reliefs, the total amount the companies paid after the period was huge.

Other speakers at the forum were Ghana’s President, Nana Addo Dankwa Akufo-Addo, and his Rwandan counterpart, Mr Paul Kagame, who is also the Chairman of the African Union; the Vice President of Cote d’Ivoire, Mr Daniel Kablan Duncan, and the Executive Vice President of Unilever Ghana-Nigeria, Mr Yaw Nsarko.

The forum was moderated by Femi Ekenya of BBC’s Focus on Africa.

Mr Dangote cautioned that it was when tax rates were too high that people looked for avenues to evade tax, adding that “the less you charge, the more you can widen the net and collect a lot of taxes from a lot of people.”

He gave an example of the taxes he had paid to the Nigeria government after the expiration of tax breaks for his companies, citing his sugar factory, whose tax holidays expired in 2006 and between 2007 and 2017 paid a quarter of a trillion naira (about $2694.44 million) in taxes.

He said tax holidays gave his companies a lot of room to accumulate cash to reinvest and added that three of his food processing companies would be paying two trillion naira or $5.54 billion as taxes in the next five years.

Mr Dangote stated that one of the major pointers he looked for before investing in any country was the quality of leadership, especially if the leader was a man of his words.

He said if he considered establishing a business in Ghana, he would first pick the speech of the President and check if he had been able to execute quite a lot of the things he promised to do, especially his promise to turn around the economy and bring down interest rates.

Touching on leadership and age, the business magnate, who is also Africa’s richest, said the ages of leaders were not necessary but what was important was whether the person was a visionary leader.

He mentioned some of the presidents of integrity that he trusted to include Nana Addo Dankwa Akufo-Addo, Mr Alhassan Ouattara of Cote d’Ivoire and President Kagame.

“Some of the older ones have been doing much better than the younger ones; it is very true because I have seen them. If Africa has just 20 leaders of the kind of the Presidents of Ghana, Rwanda and Cote d’Ivoire, that will be good enough,” he added.

A/R: 107 BECE candidates failed to sit for the exam 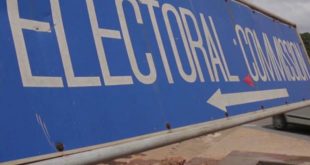 The Electoral Commission (EC) has debunked claims that names of 21,000 voters have been deleted …