Staff of the Ghana Ports and Harbours Authority (GPHA) have backtracked on their allegations against their board chairman Mr. Peter Mac Manu and his family.

According to the staff, all the wild allegations they made against Mr. Manu and his wife, in particular, concerning contract grabbing at the Authority are false and therefore withdraw them.

The staff among a litany of allegations said Mr. Manu’s wife has been rewarded with a juicy ticketing contract and is charging the Authority cut-throat prices.

Mr. Manu described those allegations as “bogus lies” and held a counter press conference to rubbish the claims.

“Some facts have come to our notice which on hindsight, we would not have brought into the public domain against Mr Peter Mac Manu and his family at our press conference.

“We therefore withdraw the allegations against Mr Peter Mac Manu and in particular, his wife and sons and unreservedly apologize to them,” the senior and junior staff Union apologised at a press conference on Friday, 22 June 2018.

Below is their full statement:

On the 24th of May 2018, we invited you to our press conference held at the Junior Staff Club House in Takoradi.

At the press conference, we levelled allegations against Mr Peter Mac Manu, Chairman of the Board of Directors of GPHA and some members of his family.

We of the Union want to put it on record that we did not call the press conference and level the allegations against the Chairman out of malice.

As a Union and social partner with a common objective of working together with management towards achieving the objectives of GPHA, we had some serious concerns about the happenings in GPHA, which we were not happy about. After the press conference, it has come to our notice that we did not engage management the more as we should have done before holding the press conference.

Some facts have come to our notice which on hindsight, we would not have brought into the public domain against Mr Peter Mac Menu and his family at our press conference.

We therefore withdraw the allegations against Mr Peter Mac Manu and in particular, his wife and sons and unreservedly apologize to them.

Nevertheless, we as a union with a role to protect public interest-will not shirk our responsibility as  vatchdogs-of-accountability in the governance of public institutions. We think there must be peace and solidarity with our social partners at the work place to achieve our goals.

We are sorry for the embarrassment and inconvenience our press conference might have caused Mr Peter Mac Manu and members of his family and once again we apologize unreservedly, Thank You for having time to attend this press conference.

The flagbearer of the National Democratic Congress(NDC), John Dramani Mahama has appealed to God not … 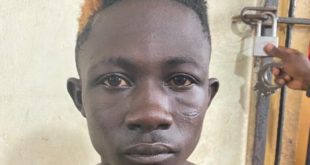 The Accra Region Police have arrested a criminal who attacked a lady in Amasaman, a … 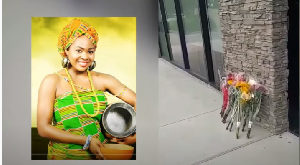 Family and friends of the late Barbara Tommey on Thursday, September 17, 2020, converged at …